The Record Digs Deep To Find Another “Void” Supporter. They Are Desperate To Hurt Celtic. 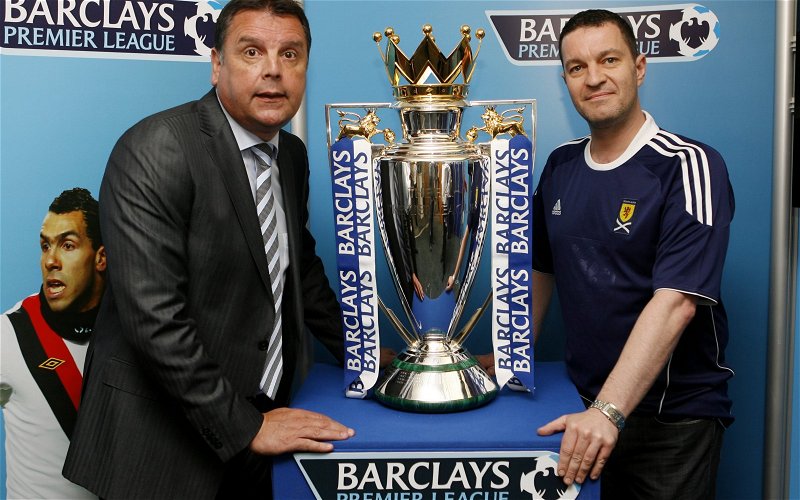 The desperate Daily Record has managed to find another supporter of voiding the leagues; honestly, this must be a major exercise for them.

There can’t be more than a handful of folk out there who support this lunatic option, but The Record is tracking them all down and putting them in the paper.

And what’s his interest in this? None. He played for Everton and wouldn’t object to seeing Liverpool denied the Premier League title.

“There are too many permutations in terms of giving the league to Liverpool and saying Celtic are champions in Scotland, with Hearts getting relegated. You can’t do that,” he said, which his not piercing analysis as much as one man’s opinion.

What “permutations” is he talking about?

Liverpool are so far clear it would take a full-on collapse of the club to stop them winning the EPL.

It would take a similar collapse to stop Celtic. This is The Record at its most desperate, reaching for some English nobody to get a statement on the record that flies in the face of what everyone knows has to happen.

This is anti-Celtic trolling, pure and simple. Sharp hasn’t offered any alternative stratagem except to say that the league should be considered ended as if by “an act of God.”

Tell that to the sides in England and Scotland who that scenario would destroy.

We’ve been over and over this. Nobody but that discredited scab of a newspaper and the crumbling Ibrox NewCo are seriously contemplating this lunacy and I suspect that Sevco itself realises that’s what it is and is only dragging it out to appease their supporters.

The Record too has to know its dead. They are flogging this horse to keep the pressure on the clubs, but more than that, in an effort to discredit the solution that we all know the game has to reach, one which confirms that we’re champions for the ninth season in a row.

It is an embarrassment.

Their tactics are a disgrace.

Today, the SPFL has said they don’t see football being played in Scotland until August … this is the final moment, the time when reality finally hits home.

The Record and others are not engaged with reality at all.