The Record’s Story Comparing Hagi To Messi And Cristiano Ronaldo Is Beyond Dreadful. 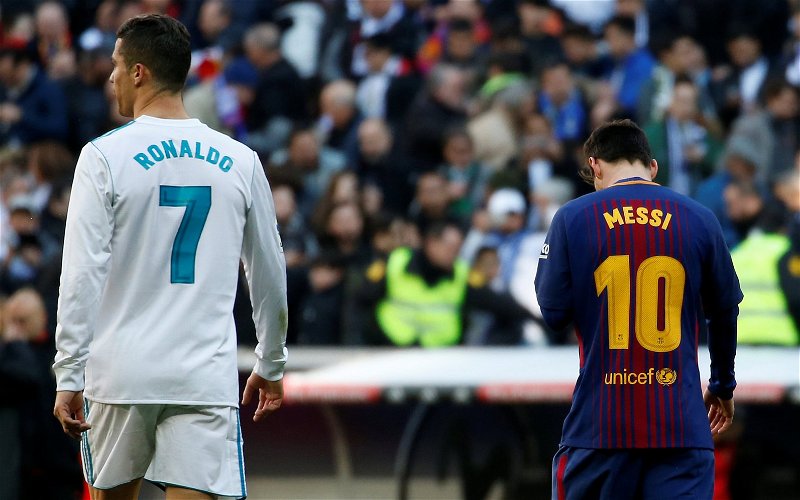 Another day and we have another mad Hagi story; yesterday I wrote about how some of the media outlets were talking about how they were about to put down a massive bid for the player and secure for him the next campaign.

That story was so ridiculous not even Sevco’s own supporters were buying it for even a second, but it is positively gold plated next to the arrant nonsense they are running today, wherein he is compared to Lionel Messi and Cristiano Ronaldo.

This is not the only time utterly ridiculous comparisons have been made with Sevco players and great footballers from around the world.

We did an entire article on this subject earlier in the year.

Hagi has been so over-hyped that it’s unbelievable.

The Record had him as a £100 million player not that long ago; now he’s being compared to two of the greatest players of all time.

Remember, this is a guy who failed to make the grade in half a season in Belgium … you would think he had been playing at the highest level in the game and blowing the competition away.

Sevco fans lap this stuff up. I don’t know why.

Because he flopped in the games where it mattered most. He would certainly not have troubled our defence.

I think Sevco got lucky that we didn’t play the game at Ibrox; Hagi is just one of the players who would have been brutally exposed had that game gone ahead.

The story today says he’s “better with both feet” than Ronaldo and Messi were at 21 … this claim, which is about as ridiculous as it’s possible to be, is a quote from Marian Aliuta.

And who the Hell is he?

He’s a mate of Hagi’s and another Romanian youth player.

It is the kind of stupid thing someone would say about his pal; not in this lifetime should that be making a national newspaper headline.

But our media are desperados and this kind of pro-Sevco swill is the only thing they currently excel at.