Tom English And Keith Jackson Show Up Everything That Is Wrong With Our Media Today.

Last night, Tom English was trying to bait the Celtic supporters over the “need” for an independent inquiry into the SPFL vote.

Specifically, he asked us why our fans are so afraid of it.

You don’t need to have a team of codebreakers from Bletchley Park on standby to understand what the inference is.

He is suggesting that it tracks back to Parkhead somehow.

Today Keith Jackson has said that if the SPFL has nothing to hide it should grant an independent inquiry. Bizarrely, he writes this in the same article in which he accuses the clubs of squabbling amongst themselves and focussing on fluff rather than on the existential crisis facing the game.

I happen to agree with him on part of that; just how does he think an independent inquiry helps us and heals the sport at this point?

Neither of these two eejits appears to have understood what Les Gray said yesterday.

There was no conspiracy.

There was no underhanded conduct on the part of the SPFL or others on the winning side; if there had been, Dundee would have screamed from the rafters.

The governing body put forth its proposal and the clubs voted on it.

Nobody was threatened or bullied.

Are Sevco bluffing when they hint at taking legal action if we're made champions? 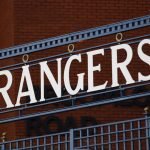 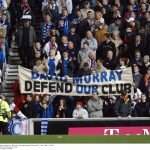 Dundee pulled their own vote late in the day and a few days later voted the other way.

There is nothing to see here.

Or there wouldn’t be if Sevco wasn’t screaming blue murder as they are wont to do.

Jackson’s suggestion that the SPFL must be hiding something not to want to waste time and money on a ridiculous external investigation is the kind of embarrassing comment that only one of our desperate domestic hacks would have made.

I don’t know of a single Celtic supporter who “fears” an independent inquiry. But I do enjoy the way the media is suddenly in favour of one.

When Celtic proposed one some years back they were not quite so supportive of the idea, believing it to be both a waste of time and resources.

Their sudden interest in such things comes at a time when the game is bleeding out … but I guess it’s as good a time as any for satisfying the whims and paranoia over in Govan.

Honest to God, do these people even hear themselves?

Do they even get it?

Gray said last night that we should be focussing on the motivations of the people who are doing all the foot-stamping and he is right. Let’s not forget that part of Sevco’s long litany of grievances is a rumour that Murdoch MacLennan might have said something bad about the first Ibrox club years ago … this is the mentality we are dealing with here.

Why don’t we just have an inquiry into that as well? Hell, why don’t we ask Ibrox what else it wants investigated whilst we’re at it, and then we can spend the rest of whatever time Scottish football has left raking through those coals?

The media really makes the blood boil at times, you know?

They are shameless when it comes to reversing themselves and not even seeing that they’ve done so.

For the record, this blog said right from the start that if there’s evidence that the SPFL behaved in any kind of underhanded manner in this case then it should be investigated because I won’t have anyone casting doubts on the legitimacy of our title later.

Nearly a fortnight on, not one piece of such evidence has emerged.

All we have is tittle-tattle … and a press corps that is helping it along.