How Scottish Football’s Response To This Crisis Has Been Vindicated By Events Elsewhere. 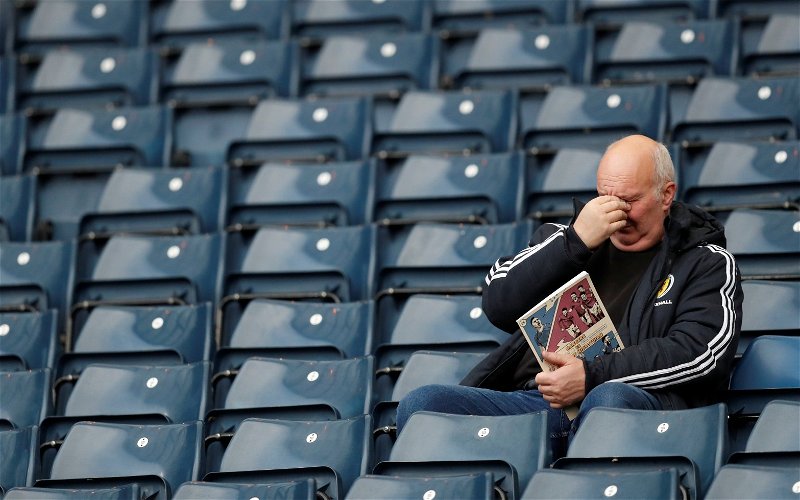 UEFA’s grand plan, to drastically slash and burn the number of Champions League Qualifiers for the next campaign, is clearly good news for Celtic. But that’s only true in the circumstances that we get football up and running again.

As you can probably gather, that might prove to be easier said than done, no matter what some halfwits here in Scotland think.

Take Steven Thompson for instance; I recently highlighted his ridiculous remarks on how Scottish football’s reaction to the global health crisis was, as he put, “an embarrassment and a disgrace.” That’s a shocking statement to make when the focus of our response so far has to been to protect the health of the public and ultimately save lives.

He talked about how Germany is trying to restart football; this, he thinks, is a good idea.

But no sooner were the words out of his stupid mouth and circulating on social media but Dynamo Dresden was announcing that its entire team were to be quarantined due to a number of cases in their squad. Just like that, the Bundesliga’s re-start was no longer a lock.

Oh, the CEO of the league is adamant that games will go ahead as scheduled, but watch the news … watch for what happens. Similar plans to restart in Spain have fallen by the wayside as positive tests make the news, and Brighton are but one club holding up the re-start of the EPL because their squad has had an outbreak. These leagues all have one thing in common; they are over-dependent on TV cash and the pressure to restart is enormous.

Belgium, Holland and France have already called time on their games.

Other national associations continue to watch and wait. More will follow suit shortly.

Sport in the UK has been suspended until 1 June.

Time is almost up.

The two engines driving this are money are the clock; UEFA has told domestic leagues that they have until 25 May to make a final decision on resuming the leagues. That’s a fortnight from now.

Yesterday, Nicola Sturgeon publicly distanced herself and Scotland from Boris Johnson’s calamitous and chaotic relaxing of some elements of the lockdown south of the border; the likelihood of enough restrictions being eased to allow football before July seems remote at best. There will be no football played in Scotland till perhaps August.

There is talk that the SPL will be called shortly after tomorrow’s ridiculous EGM, called by Sevco, Hearts and Stranraer.

More on that later, and Doncaster’s latest response to it.

But whether it’s tomorrow or a fortnight from now, it is going to happen and all the Ibrox club and its allies can do is wait and get their wailing statements ready for release.

Those still arguing that this season can be completed are clowns.

Tom English was crying the blues the other day because the SFA plans on finishing the Scottish Cup … that’s three matches, at neutral venues, not over 100 games spread across months, home and away. Each side in the league – bar two – have eight matches still to play.

If English or anyone else wants to design a football calendar which can fit all these matches in they are welcome to share their plans with us.

Those who accuse the SPFL of moving too fast are playing games with the truth, and trying to score points on the back of a serious situation. Our issue is complicated by the number of teams who need cash right now; there is no doubt that the vote went the right way, for the general good of the game.

There are some who are not interested in that.

Tomorrow, they will show their hand.