Jozo Simunovic Is A Player Celtic Can Easily Do Without. He Was Error Prone And Injured Too Often. 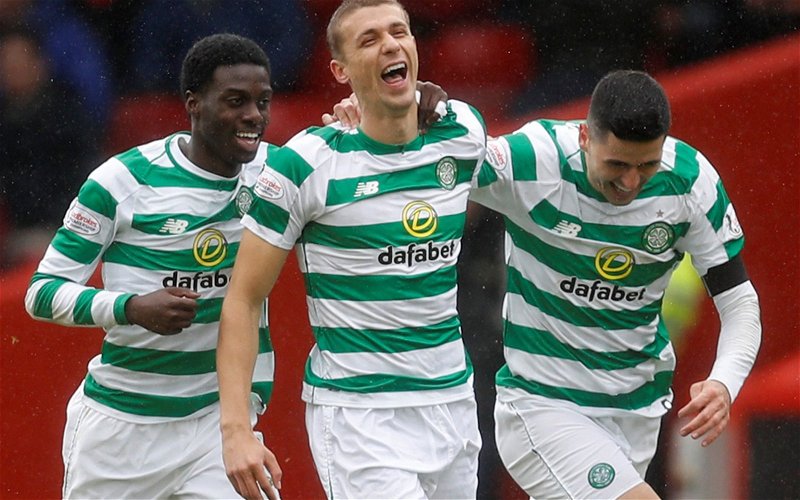 From about the midway point of last season, I was arguing that Jozo Simunovic’s time at Celtic Park was just about done.

I like him as a player at times, but at others thing he is too error prone.

Certainly, he has made a number of calamitous errors in his time at our club, and he can occasionally be rash as well.

This is not a good combination for a centre back.

But worse than that is the simple fact that Jozo Simunovic was far too often injured. It got to the point where you would watch him go down in a game and just expect that you were looking at something that would keep him out of the team for at least a couple of weeks.

All too often, that was proved correct. It could not go on.

Nine in a row was a battle. Ten in a row will be an even tougher one.

A former Sevco player (I can’t remember which one and don’t want to even try and look it up) was in the media last week saying that every club will want to be the club that stops us next season … this is another example of someone stating the obvious and it being hailed as Holy Writ because they once had an Ibrox connection.

It’s perfectly plain that teams will raise their game … we’re the only show in town.

In a battle you want your warriors fit. Jozo Simunovic is no use to us sitting in the stand and that’s where he spent the bulk of his time as a Celtic player, instead of being out on the pitch.

I mean really? Is this what we’re paying the guy big wages for?

The truth is, that money can be better spent.

Obviously, all Celtic fans will wish the big guy well as he moves on to the next phase of his career, but Simunovic is not a player we will struggle to replace, if truth be told. His appearances were too infrequent, his issues too well known.

I take comfort in the fact we’re moving him on. It suggests that we are not retreating into doing what is easy, as renewing his deal for another year would have been. We have chosen not to exercise that option. That means we’ve got something else in the pipeline.