Nobody Should Be In The Least Bit Surprised By Nacho Novo’s Latest Dredging Of The Gutter. 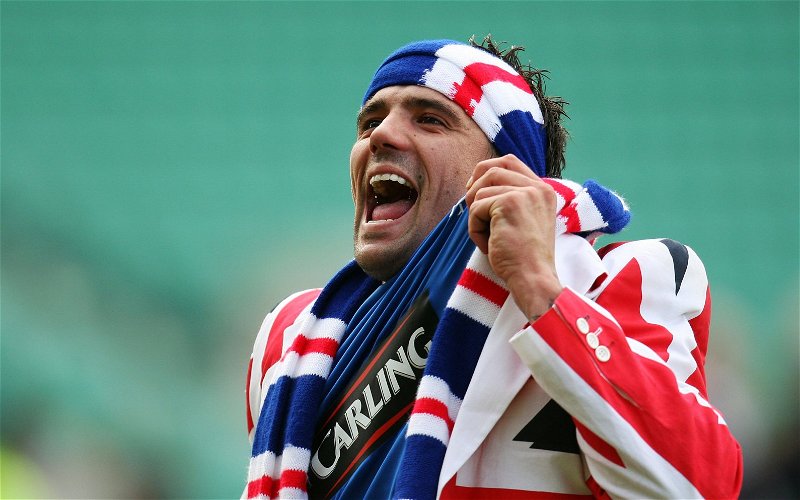 Nacho Novo is in the papers today. Again. He often is.

He’s on their level I guess, and it’s that level he was caught operating at just the other day.

Few regular readers will be surprised to know which one it was; the gutter.

He got involved in a social media spat where he made a disgusting reference to the death of Phil O’Donnell. He seems to think Celtic’s postponement of a match after that was “cheating.” The man’s mind is a sewer; it’s no surprise that such stuff comes out of it.

Novo is a bad guy. There are other terms I could have used. Instead of speaking ill of him myself, I’ll merely reference the reply that Declan Gallagher of Motherwell posted to him in response; the word “wow” and a picture of a rat.

It might well be the best summation of Novo as I’ve ever seen.

Under normal circumstances, none of us should care what a runt like this says or does … but Novo frequently accuses the Celtic fans of all manner of sins, when the truth is nobody stirs the soup in quite the way he does.

The media’s love affair with Novo goes way back; they enjoy the fact that he signed for Rangers when Celtic was interested, and they place great store in that decision. The title of his book is a dreadfully written dig at us; the first chapter tells the story of how the move to Ibrox came about.

Perhaps not surprisingly, it flatly contradicts his version of events and makes it clear that he only went there because he asked Celtic for daft money to which we said no.

Novo’s entire backstory is built on a lie.

Furthermore, history has shown him to be a thoroughly disreputable human being on top of everything else.

From his personal life to his flirtations with the dregs of Loyalism to his getting involved in punch-ups in the street, he’s a disgrace who the Sevco fans lionise as “one of their own”, which I suppose is appropriate as he’s a Spanish Catholic who is perfectly happy singing about being up to his knees in Fenian blood.

There ought to be no surprise that he’s ended up back in the gutter; Novo has been down there for a long time.

The next time this clown is in the media talking about the hatred he gets from Celtic fans, remember today.