Sevco’s CEO Is Almost Trumpian In His Denial Of Reality And Ability To Dissemble. 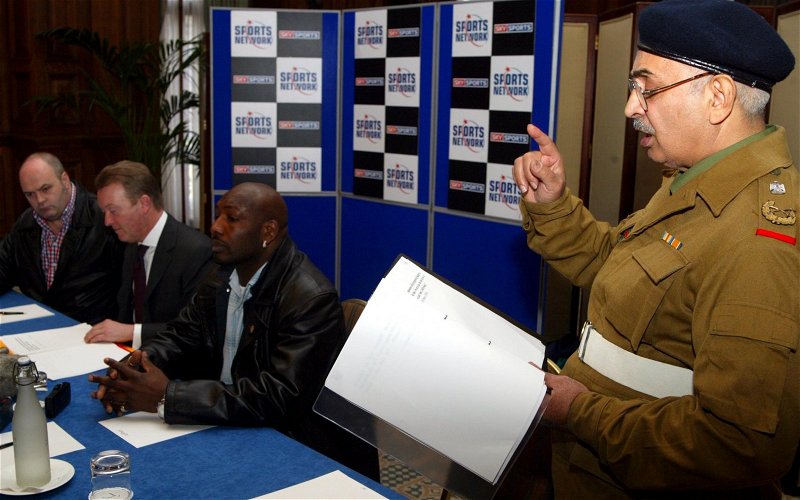 Muhammad Saeed al-Sahhaf is not a name that rolls off the tongue.

Yet he is famous.

If you haven’t heard of him, I’ll be amazed.

It’s just that you don’t know him under his actual name, but under the one the media christened him when, in 2003, he was the Minister of Information for the government of Iraq. His press briefings, during the invasion, became legendry.

At one point he was denying that American troops were advancing on Baghdad even as their tanks were clearly visible behind him. His claim that coalition troops were “committing suicide in their thousands” before the city walls provoked widespread derision and mockery.

A million memes of him exist to this day.

In years to come, when the current media has been altered beyond recognition, it may well be that Stewart Robertson’s abysmal performances yesterday will draw the same contempt. As it is, right now, the real contempt should be reserved for those numerous media outlets who allowed him to go on the air and speak such unadulterated drivel.

A handful of our real journalists have slammed him for the contradictory nonsense he was coming out with.

The rest continue to push his club’s increasingly desperate lines.

I think it’s shocking the way some of the hacks are trying to pretend that there was something substantial here. Their defence of Sevco’s dodgy dossier is amongst the most pathetic things I’ve seen from our press. It’s hard to imagine how they could go any lower.

Celtic fans watched and listened to Robertson yesterday in disbelief and mounting anger.

Disbelief that he believed some of what was coming out of his mouth. Mounting anger in that he was allowed to so brazenly lie in front of the very people whose job it is to make sure that the public discourse is free of any such blatant misrepresentations.

When journalists allow those in front of them to lie the very act of lying becomes legitimised.

When the CEO of Sevco is allowed to get away with it, why shouldn’t other people fancy their chances? There were three things Robertson said yesterday which were so readily open to challenge that it astonishes me that he was not confronted by them.

The first was that neither he nor his club said anyone had been bullied.

The truth is, there is a press release from Ibrox saying exactly that, and which every media outlet should have and which each journalist should recognise without having to be directed to it.

That BBC, STV and Radio Clyde were so reluctant to challenge Robertson on this is disgraceful.

What’s more, if they needed further reminding of the club itself – the club itself – sent out a tweet yesterday, referencing the statement. The tweet itself read “we will not be bullied.” Yet just hours later, Robertson was denying any such thing.

It is unconscionable for our press to ignore that whilst they continue to push some of the nonsense in that dossier. Robertson would not have gotten away with that in front of a first year writer for a university newspaper, yet the “cream” of Scottish sports journalism allowed it.

The second thing they allowed him to say was that the SPFL had failed at its corporate governance; indeed, Robertson said that it was the worst he’d ever seen.

His claim that the SPFL board failed in its fiduciary and legal duties is risible – to quote a Motherwell director – when he has openly ignored numerous responsibilities of his own. One of the largest is his failure to respect confidentiality.

Apart from anything else, he’s leaked sensitive information of a commercial nature … that would see him removed from any corporate board at once.

If the SPFL are seriously miffed – and their scathing response this afternoon suggests they are – they would convene a meeting of their executive and action that at once, and not allow anyone from Sevco to fill that role or any other for a while.

Lastly, and in the most ludicrous example of doublethink since Orwell coined the phrase, he made a contemptible effort to position himself and his club as the guardians of democratic norms. 80% of the clubs voted for the SPFL deal; it is his club who are setting their faces against that very thing and who have acted like spoiled brats in a way that is quite disgraceful.

Stewart Robertson sounded like Comical Ali when he spoke to the media yesterday; when the Iraqi spoke in 2003 he was mocked by every Western institution and outlet. This is the difference. Yesterday, our mainstream press organisations bent over backwards to accommodate nonsense and disinformation and even outright lying.

In doing so, they’ve made it clear that joke is on us.

They’ve treated the listening and reading public with utter contempt.

One outlet has been particularly shameful, and it’s not even the tabloid rag of The Daily Record; it’s the national broadcaster, who’s show last night had to be heard to be believed.

And I can tell you, having heard it I still don’t believe it.

More on them later, I assure you.