The Scottish Media’s Desperation To Stop Celtic’s Ninth Title Finds Yet Another Null And Void Supporter. 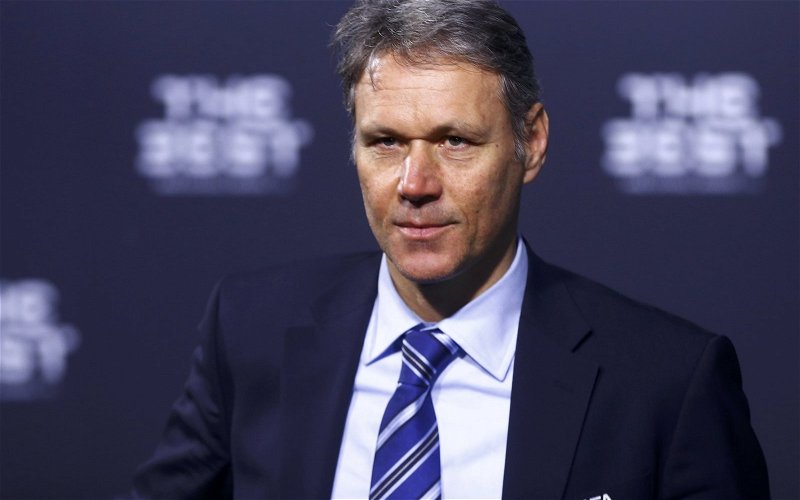 The Daily Record has found its latest supporter of the “null and void” option.

It’s Marco Van Basten, who thinks eradicating every match played in Europe this season is an acceptable answer to the current situation, depriving teams of every point they’ve battled for and won.

Of course The Record is promoting this nonsense; the desperation on some of the news-desks to see Celtic denied their ninth title is reaching fever pitch the closer we get to that outcome.

It might only be days away too; The Scottish Government is expected to confirm that it won’t allow football matches to resume for many months to come.

That will put the final nail in the coffin as far as this championship is concerned.

He has accused UEFA of trying to bully associations into taking action, when in fact nothing could be further from the truth. Indeed, it’s their failure to even try to impose a “one size fits all” solution on this crisis that has caused such confusion amongst clubs and the league associations across Europe.

It’s pretty clear that what Van Basten is actually doing is going to bat for the Dutch FA here; they are facing a mountain of legal trouble for the way they’ve wrapped up their own domestic campaign, where they’ve withheld the title and refused to entertain promotion or relegation, and all the while confirming the European places based on the rankings for games which they are saying never took place. It is a desperate fudge that no-one is happy with.

Van Basten’s agenda is obvious, but they couldn’t care less about that.

The Record isn’t interested in what his motives are and who he’s swinging the hammer for; they care only about what this means for their continuing campaign against Celtic being awarded the title. Anything that seems to give that campaign the smallest bit of “legitimacy” is good enough for them, and it doesn’t matter whether it’s someone like this or the likes of Alex Rae.

Their conduct has been deplorable for months, and this is the latest manifestation of it.

Celtic will be awarded the title regardless; the rest of the clubs here know what the costs of null and void would be, and so does the league.

Which is why the idea hasn’t even been entertained outside of some of the media offices and the more febrile Ibrox fan forums.

Oh yes, and at Tynecastle where they are desperate enough to try anything.

This is pathetic stuff, just as bad as the nonsense surfacing today about how a “luxury sports brand” is about to hand Sevco a £20 million deal for making its kits during one of the darkest periods in modern history. Journalism in Scotland is really in bother.