Another Summer At Sevco And The Myth Of Forward Momentum. 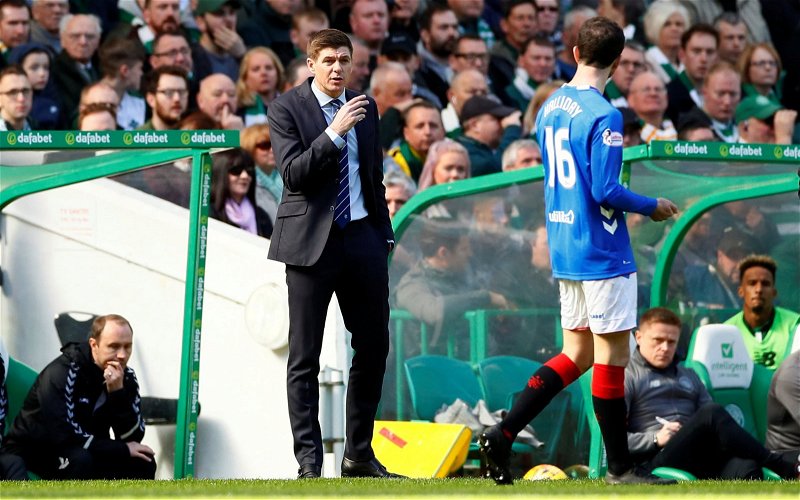 As Celtic ramps up its efforts, with next week looming as a big one, Sevco is getting a lot of ink for the work it has allegedly done.

The self-congratulations at Ibrox and amongst the press is baffling.

So far there has been no forward progress over there, although you would never believe that to read the slavering of our media. It is astonishing.

But look at what’s actually happened over there; they are in no better a position than they were in at the end of the last campaign.

Like ourselves, they’ve let a number of players go.

They have confirmed the signing of Hagi, who contributed little except to have been there when their form collapsed.

They have completed the signing of Defoe, who’s been there for a year and a half of failure already.

They have brought in a left back reserve from England … and they’ve signed Jon McLaughlin, which of the four “deals” is the most hilarious of the lot.

Their Director of Football touted that one like it was huge. He has been “ever present” over the last seven years, he says. I took a look at them, which is more than the media has ever bothered to do. He spent one of them in England’s fourth tier, four of them in its third tier, one in the Championship and he had a season in the SPL at Hearts, who finished sixth that year. Better than stone last, I suppose, but still … not exactly impressive, is it?

Sevco has not moved forward an inch. Not one millimetre. They are no stronger for the changes they have made. Amongst the departures was Foderingham; he’s been on the bench most of the last two years because of McGregor, but is he really any worse than the Sunderland keeper they just brought in? Ignore press nonsense that this guy was worth £5 million a year ago … if he had been, do you really think Sevco would have signed him? Do you think he’d be going there as a backup?

Who is Calvin Bassey? He played maybe a dozen games for Leicester City’s reserve team last season, yet he’s being touted as some kind of superstar. Hey, he might be … but I don’t remember any similar headlines about Jeremie Frimpong after we picked him up.

His success makes it awfully hard to write off some kid we’ve never heard of, but the Ibrox spin machine has a habit of promising much and delivering little. Some of the “quality” of the signings last year – Jordan Jones and Brandon Barker stand out – left a lot to be desired, but the press was still drooling over them as if they were marquee footballers.

The same applies this summer, where, as I’ve said, they’ve done absolutely nothing of note so far.

Where is the game-changer? Where is the signing which quite clearly enhances their squad? So far we’ve not seen it. Gerrard has promised more players; if this is the quality he and we can expect then it’s going to be hilarious watching them try to put a silk hat on it.

And this is exactly the quality they can expect.

Because as I cannot help but point out again, Sevco can deny reality all it wants but it cannot change reality, and in reality they are going to suffer as much as, if not more than, most other clubs … that cannot be wished away over there.

Their financial position was perilous before this … it must be terrifying now.

Ignore all the talk of a Sevco squad “taking shape.”

In truth, they – like Celtic so far – are largely weaker than they were when the last campaign finished. The difference is, we have the wherewithal and the resources to change that, and when we talk about our weaknesses we’re speaking relatively.

As I said the other day, Hayes played too infrequently to be missed and Simunovic had at least year more at Parkhead than he ought to have got. Gordon is not fancied by Lennon and Shved has been one of our biggest disappointments in recent years.

None of them was enough of a “first team regular” under Lennon for us to say that the squad, overall, is going to miss them terribly … and as long as we do our job right and replace Simunovic and bring in a decent keeper and a backup we’re not going to do all that badly.

And let me remind you again, at a time when we need two goalkeepers we didn’t even give Jon McLaughlin a moment of thought although you’ll have read headlines calling him an international.

This close season has all been about Sevco’s war with the SPFL and Hearts’ little temper tantrum.

More on that subject later, and you better believe it. There is a long way to go; we have from now until August to wait and see what happens. Things are ramping up at Celtic … Sevco is still nowhere near us, no matter what the media might wish you to believe.