Barry Ferguson Is An Idiot. Colts Teams Would Not Have Improved Celtic’s Kids. They’d Have Gone Backwards. 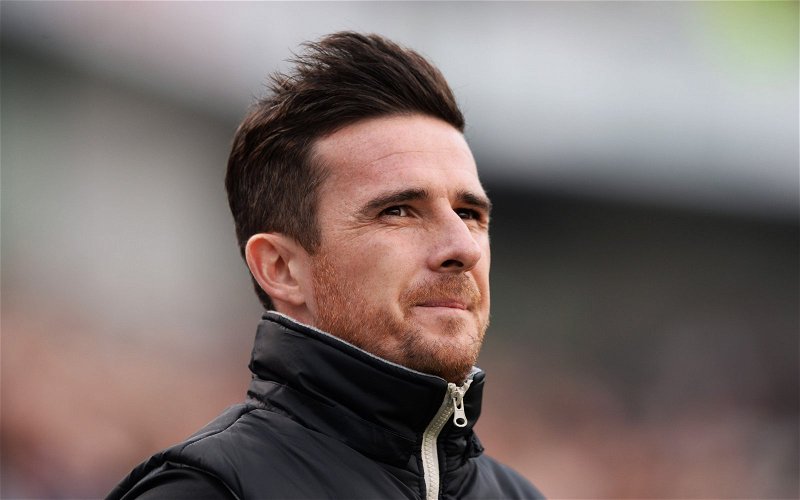 On 31 May 2009, a French pilot called Marc Dubois walked into the cockpit of his aircraft to find a scene of total chaos. His two co-officers, who he’d left in charge while he got a kip, were standing in bafflement trying to figure out what had gone wrong with their plane. In fact, nothing had.

At that moment they were in total control of the aircraft.

They just didn’t realise it.

In the several minutes it took them to figure it out they wasted any chance they had to correct things, and it would have been simple to do. When he’d walked into the cockpit the plane was pointing almost straight up … but it had lost airspeed and was descending towards the ocean.

Had he realised that on time, he could have pointed the nose down, increasing the airspeed and getting the plane back under control.

So what went wrong? It was simple, and yet horrific.

The plane had one of the most sophisticated auto-pilot systems ever devised, comprised of an advanced computer which could do everything for them and a secondary system called fly by wire which would engage to help the pilots even when their hands were on the control sticks. At the moment Dubois walked into the cockpit both had disengaged, because a random sensor had iced over outside the plane and switched both systems off.

None of the three knew that fly-by-wire was no longer functional; the aircraft was in a stall but because they assumed the computer was working they thought that was impossible. By the time Dubois took the stick and realised the nature of the problem he was a little over one minute too late to correct the situation.

He tried, but the airplane hit the water four seconds after his final words.

What had happened was not down to a computer error, but something in people.

We acquire skills, and we work hard to hone them.

Those three men had trained hard to become pilots, and all were very experienced in the cockpit.

But over time their skills had eroded out of lack of use; the computer did it all for them, and so their skills were no longer required until they were … and when they were needed the men didn’t have them to fall back on anymore.

I thought about the odd case of Airbus Flight 447 when I read Barry Ferguson the other day talking about how colt football would have been good for both Celtic and Sevco and for the rest of the teams in the league at the same time.

I don’t believe for one second that we would have benefited from that scheme, except maybe financially.

It certainly would not have made our young stars better footballers.

Our young players are trained in skills. That takes a long time to do. A player brought to our academy in his early teens can expect to learn for about four or five years before he has to worry about Under 21 football and the gaze of the first team coaches.

Those four or five years are where the reflexive skills which make good players into great ones are crafted and nurtured. It’s for this very reason that several years ago Celtic initiated an instruction that would see all the teams under our aegis, from the youth level up, play the same style of football, a system which utilises all the good stuff our players learn in the early years. Those skills are sharpened. They are not simply allowed to fade and die.

Now, I don’t know when you last watched football in the lower leagues but it’s not a place where good players become great. It’s not an arena where silky-smooth soccer is pioneered and wonderful players nurtured.

It’s a blood-and-thunder killing field, where the long ball punt meets with the hard elbow into the ribs.

You want to kill skill? Put it in that setting a while.

All those skills we’ve taught our young players would have been for nothing in that league.

Not only would they not have been needed in the kick and rush nature of the game down there, but on those few occasions when young kids tried the flicks and feints and little runs they’d have been brutally hacked down until they didn’t want to do it anymore.

I remember when Sevco was told to play in the Third Division and for months people were telling the National Coach that this didn’t mean the likes of Lee Wallace should be left out of the Scotland squad.

Thankfully something like sanity prevailed there, and players who were going out every week against workmen and car salesmen were largely left out of the nation’s thinking.

I said then, and still say now, Lionel Messi himself would have gone backwards as a footballer playing at the Scottish Third Division level every week.

His talent might have dazzled defences for a while but by the time his team got to the SPL he’d have been a shadow of the footballer he was, and if that’s true for him how would our kids have got better?

We all realise that great talents like Van Dijk were banging their heads on the glass ceiling of our top flight and had to leave to become the best they could be … why then did so many people fall into the trap of believing that we could benefit our young footballers by having them start in the bottom tier of the league structure here, and trusting that to do them good?

That’s not just counter-intuitive, it is clear-cut madness and shouldn’t need a lengthy discourse to point it out.

We invest a lot of money in our youth development; I cannot think of a more certain way to make sure that all that time and effort and cash were wasted.

Celtic’s youth academy is a talent factory, not just in terms of how many players we graduate to our own first team but in how many we give careers in the game to on a more general level. Few of them end up playing in the lowest tier … so why would we want all of them to start there?

The way we do things at the moment works.

I cannot believe we would have supported Sevco’s barmy scheme to insert these players into the worst possible football environment to learn.

Like those French pilots, there are some types of on-the-job learning that you really don’t get any benefit from.