Celtic Are Hopeful Of Keeping Forster And Elyounoussi As They Both Want To Be Here. 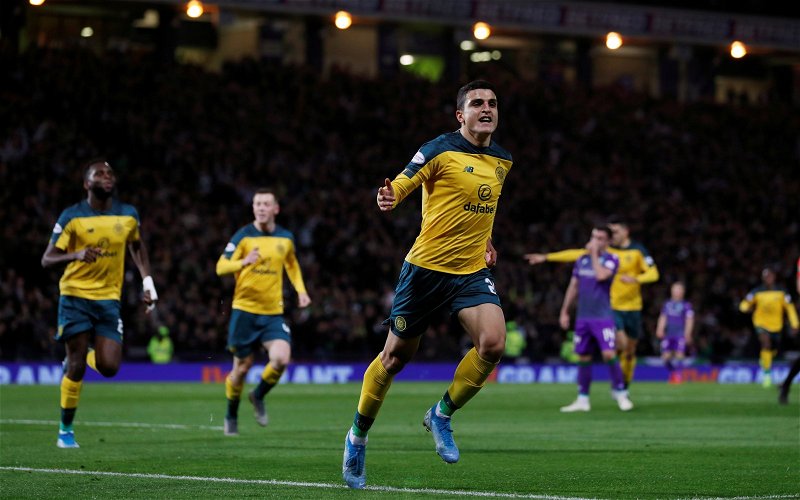 Money makes the world go round.

It makes football go round too. We don’t have enough of it, even with the transfer market operating on a low level, to be able to spend big bucks on Premiership players from any club. Southampton have two that we want.

There is little doubt that they could get more for him than we’re willing or able to pay.

On top of that, Premiership football has an attraction beyond the cash.

For all that, when it comes to these two very talented players we have one advantage other clubs don’t.

Forster and Elyounoussi want to be here.

They get it, and they know that the next campaign is going to make history and they won’t get that anywhere else. They want to be part of something amazing and they both realise that Celtic Park will be the best place to be in British football over the course of the next 12 months, no matter what the current crisis does.

Now, this isn’t to say that we’re definitely going to get these guys, but both players have made it clear that they want to continue with Celtic and that means that unless Southampton gets a big bid from someone credible that these guys will be offered out for loan again … and we’re first in line.

I have long thought that keeping the squad from last season together was a more important thing than signing a bunch of new players. I fully expect that we will bring in some new talent, but right now the focus is on maintaining the better part of our strength … and it will be a huge bonus to all of us if we can do that with this crisis raging around us.

This is one of those times when we should.

Elyounoussi and Forster were a big part of our nine-in-a-row story and it will be brilliant if we can keep them here.

That they both understand, and appreciate, what is at stake is our advantage here.

It was good to hear Neil confirm that we’re working to retain the services of the two of them, and it’s telling that both are still training with the club. Obviously, with the EPL season not yet done that just makes good sense, but it also keeps that feeling of togetherness going, and that might be crucial.

They want to commit to the cause and we want them to.

Sign them up, Celtic, and it’ll all start to come together.