Celtic’s Decision To Release Certain Players Gives Us A Hint Of Our Coming Plans. 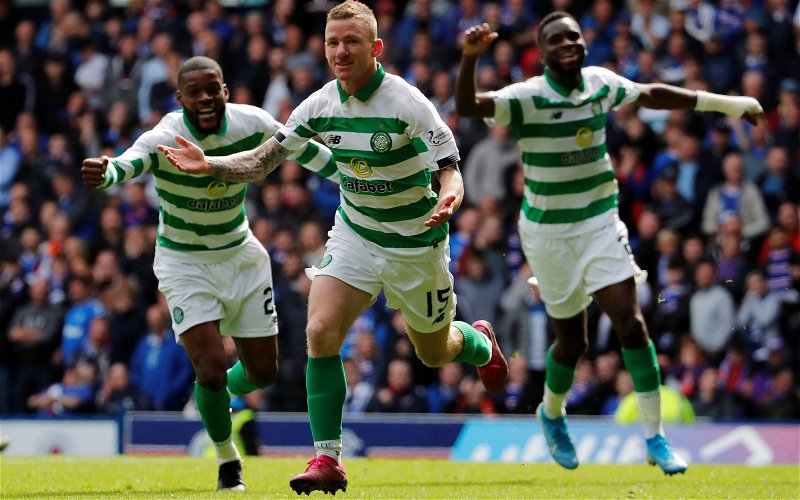 There is a lot of internet chit-chat about what the release of certain players means for our team in the campaign to come.

That’s an easy one to answer; it means we’ll get better.

I learned to appreciate Johnny Hayes. It took me a while. But I never believed that he should get a new contract when there are obviously better options out there. I think it’s good that he’s taken a decision to move on and that we’re happy with that.

I think the same about Simunovic, who I believe would have continued to be a drain on the wage bill without offering much.

We have to put up with a certain amount of internet snarking; Kris Boyd reckons that Simo was our best central defender.

He’s either never watched Ajer and Jullien or he’s being deliberately snide. I know this; Sevco loved played against Simunovic, as he was occasionally reckless against them and could take his eye off the ball with disastrous results.

Getting rid of both of those players means we have work to do wide left and at central defence; good. I thought we had work to do in both of those positions anyway, and if we’ve got those two off the wage bill it’s clear that this can’t be denied or put off.

Both of them are problem positions; Elyounoussi looks as if he’s going, which leaves us only Mikey Johnson for the left side and Simunovic’s departure leaves us well short at centre back, without any cover at all unless we’re including Nir Bitton for that role.

We do not need another striker. We’re flush at central midfield. We’re good at right and left back – although some will argue with me on that. Where we’re short is on the left and right side of midfield and in the notorious centre back role.

Oh yes, and we might well need a goalkeeper.

There’s clearly lots to be done … but in releasing these guys we seem to know what the priorities are.

Forget any talk that the manager and the managing director aren’t in lock-step on this as well; it would be rank insanity for one not to be working in tandem with the other at this moment in time, with everything that’s at stake at the club in the quest for ten.

Neither player was going to be crucial to the ten-in-a-row quest; in the case of Hayes I’ve always believed he was a decent but limited player, an SPL grade footballer who we could have easily replaced.

My feelings on Simunovic are so well known as to no longer need spelling out. We’ve done the right thing 100%.

That we’ve let these guys go without a fight, and that we’ve done it right now at the start, is a clear demonstration that we’re already well underway and have identified replacements for both. This is nothing but good news.

The new systems at Celtic Park are working already.

If things proceed according to plan, we should be more than prepared when the new season starts.