Ignorant Kris Commons Clearly Needs Lessons In What Happens To Clubs Who “Bust The Bank.” 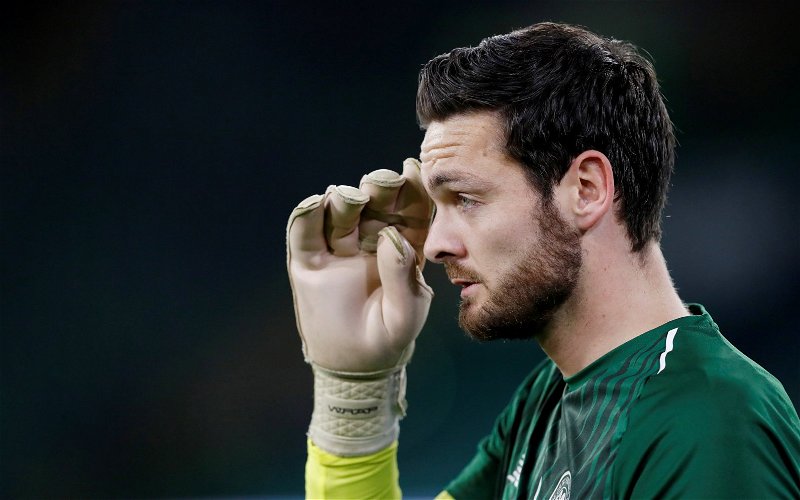 Kris Commons should have been a Celtic legend.

He was nine goals short of joining the 100 club when Brendan Rodgers took over as manager.

All he needed were a handful of games and he’d have been there.

But Rodgers had asked around. He knew Commons had undermined Ronny Deila. From the minute he was in the manager’s office, Rodgers made it plain to Commons that he considered that to be a line no-one could cross. Commons never played for him.

I never, not for one moment, felt bad for Commons. What he did that night in Molde was disgraceful. What he subsequently did behind the scenes sealed his fate. I said after that match that he should never pull on the Celtic shirt again. Ronny was forgiving, or perhaps thought he needed the player.

Rodgers knew better. The Invincible team was built without him.

Commons is now a press snark on one of the most horrific right wing rags in the country, The Daily Mail.

His column is more often than not quite ridiculous. He has no command of the language. He is not smart enough to write opinion pieces. His articles on Celtic are frequently vicious and he is almost comically uninformed as to what’s going on at our club.

Today his rant about Craig Gordon is pitifully funny. It’s already been picked up by The Record and other outlets. This is a former Celtic player attacking the club in the most venomous terms. As per usual he has completely misjudged the moment.

He thinks we should have done more to keep Craig Gordon. He’s not alone in thinking that. Sadly for all of them and for Gordon, none of those people is Neil Lennon who hasn’t fancied him and doesn’t now even if Forster departs the club.

“I was really angered by Gordon being offered reduced terms,” Commons said. “He’s 37, not 45, and he’s been one of the best if not the best goalkeepers in Scotland over the past decade.”

Who here cares how angry Commons feels on behalf of his mate?

He needs to calm down a little, take some deep breaths, and get past it. And 37 is old in football, even for a keeper.

Not that age has anything to do with it.

The offer Gordon was made reflects what Lennon believes his status in the squad to be; a backup at best.

“If Celtic had been definitively ruled out of the running for Forster, I wouldn’t have had any hesitation in handing him the No 1 jersey,” Commons says.

The sentence starts with an “if” and a very big if at that. Yet even if we get nowhere in our pursuit of Forster, the simple truth is that Lennon doesn’t trust Gordon to be the first choice. Commons isn’t getting this somehow, it’s not penetrating.

He might have a different view, but stick his managerial experience next to that of Lennon and you find what?

That Lennon is actually a manager with experience, and Commons is an ex player masquerading as a pundit and talking through his backside.

I know whose judgement I trust more.

“But what happens if, over the coming days, Celtic lose out on their No 1 target? If it’s about money, Chelsea can offer Forster four times the wages available at Scotland’s richest club.”

And are Chelsea even in the race for Forster?

If they are, and if such a big offer is on the table, why are we even pursuing this avenue? Because if it’s all about money, as Commons says, then surely we are simply wasting our time? Unless maybe big Forster likes being first choice at Parkhead and is being very encouraging about the prospect of coming home?

Which a lot of us have heard is definitely the case here.

“Gordon’s departure now makes it more important than ever that Celtic push the boat out to get Forster back,” he says, which in case he’s missed it is exactly the road the club is going down. Exactly the road. Yet even if that does not prove successful, what’s important is that Celtic gets a quality keeper in, not necessarily that it be Fraser Forster.

Here’s where he drops any pretence of being balanced and starts taking shots for the sake of him, shots by the way which contradict the facts in this case.

“For me, it’s just typical Celtic. They’ve always had this knack of trying to get players as cheap as possible, without bursting the bank.”

And yet, according to the press today – and several good sources around Parkhead – not only are we actually trying hard for Forster but are now looking at actually buying him as opposed to getting him on another one-year loan. So much for penny pinching.

“When you’re on the verge of ten in a row, you have to go that extra yard,” Commons says.

And what extra yard might that be? Oh that’s right, bursting the bank. In case nobody has told this clown, we’re living through a prolonged international crisis which has had, and continues to have, profound effects on football and football finances.

Celtic would not, under any circumstances, have “burst the bank” even if we’d been in an ordinary situation.

We’re certainly not going to un-necessarily risk the wellbeing of the club right now. We’ll have a specific number in mind for Forster, over which we will not go and at the present time should not go. Only Celtic knows what that number is, but it will be reasonable and it will be sensible.

Commons clearly has no sense whatsoever. If he wants to know what happens to those clubs who “go that extra yard” and are not averse to “bursting the bank” he only needs to look across the city at the current Ibrox shambles and more importantly the one that used to be there. Which was swallowed up by debts and annihilated.

The same fate awaits the NewCo in short order if they don’t stop behaving like a WAG with a gold Amex card.

One of the first things Lennon did when Nick Hammond came in was give him a list of scouting priorities, and at the top of that list was a goalkeeper. Gordon was coming up for the end of his deal and Forster was here on loan. It may have escaped Commons’ attention that we were facing a summer where we’d need to sign two keepers but it didn’t escape that of the guy who actually gets paid to sit in the manager’s office at Celtic Park.

It may be a shock to many in the press that a situation they could have spotted by simply looking at a calendar has arisen, and that Celtic finds itself needing to do work in this area, but inside Celtic Park it is simply another job to be done, and one not exactly consuming people with panic.

The first and best option is to keep Forster, which we’re pursuing vigorously.

But if it doesn’t come off, there are other options and we’ll simply move on to those.

The only people getting their knickers in a twist about this are those prone to panic every time they need a negative media story, and the writers and editors who put those stories together.

At Celtic, the manager, the coaching staff and the scouting staff knew full well we might need two goalkeepers this summer and have been working on it behind the scenes. Commons would know that if he took his head out of his backside for two seconds, and if he was willing to give Celtic the credit of having a little foresight.

But that apparently is too tough for him to comprehend.

There’s a reason he writes for The Daily Mail and Neil Lennon runs our football club.

Like I said, I know who I put my faith in.