Jordan Ibe And Ryan Fraser Are Possible Signings … But Not On Their Current Salaries. 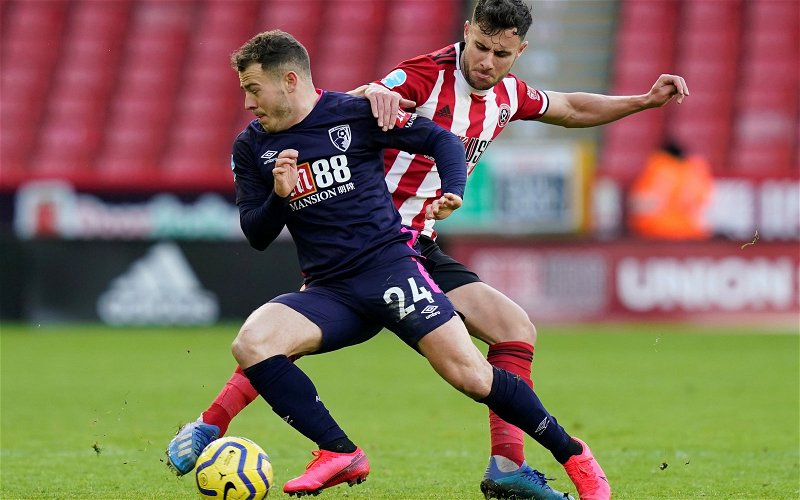 Almost all of us agree that we need to make at least one of our signings in the wide area.

Forrest is excellent on the right but he needs competition out there. Elyounoussi is just the latest in a line of players we’ve auditioned wide left.

Mikey Johnston will be the natural fit on that side of the pitch but his game still lacks a little something.

The game is full of options. The question is, could we afford them?

Two footballers who would tick the boxes were made available yesterday, and one of them was a summer target.

Both were released by Bournemouth; they won’t be the last players let go by English clubs who smugly assumed that the TV money would forever be flowing and were shocking by the global health crisis into a dramatic re-evaluation of everything they thought they knew.

I said earlier this week that we should be looking at the free transfer market this summer, as there will be more, and better, players on there than ever before.

Jordan Ibe and Ryan Fraser tick a lot of the boxes for us; indeed, Ibe was linked with us during the last window but the move couldn’t be done.

The sticking point was probably his salary.

These two guys would have been on crazy money at Bournemouth. Fraser is 26. Ibe is two years younger. Both are good footballers. Fraser started his career at Aberdeen. He played primarily on the left for them, although he is just as good on the right. He’s a full Scotland international.

We could do a lot worse than to make him an offer to come home.

They’ll have options, of course they will.

But most of those options are going to be at clubs who will never challenge for major honours; both have an opportunity to come to Celtic Park and be part of history. If they impress neither will be too late to make another move to England at some point, and especially not Ibe who could come here, win things and then go and earn himself yet another EPL deal.

If either – if both – are willing to modulate their expectations, and be a little realistic in what they are looking for, and if both want a shot at winning trophies rather than just playing for the money then there’s no reason why we shouldn’t be looking at them.

Indeed, in that scenario it looks like a no-brainer. We’d be landing not only decent footballers but high value assets who are at the right age to command very good re-sale fees for nothing. There is nothing wrong with that picture as far as I can see it.

The word if “if”. The players themselves have to be willing.

A club like ours should at the very least be putting the question to them both.