Kenny Dalglish Is Talking Nonsense To Suggest There Might Be A Legal Challenge To Celtic’s Title Win. 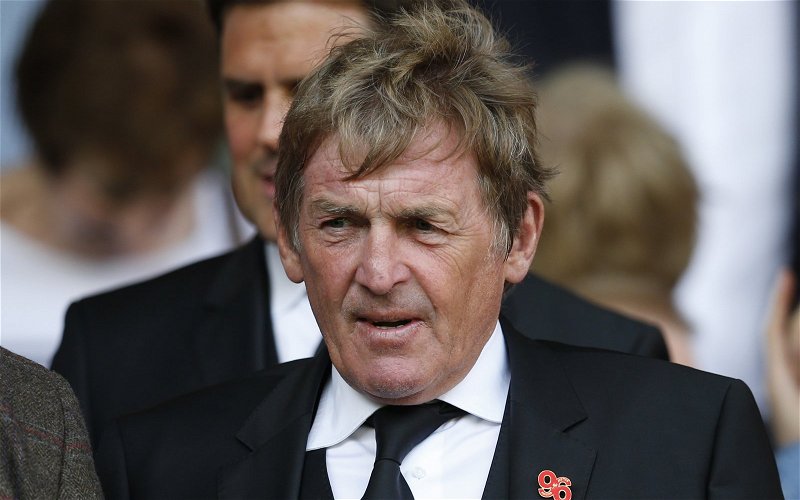 Kenny Dalglish has been out of Scottish football since he departed here after having to take over on a temporary basis from his pal John Barnes.

He should keep his gob shut about the game in Scotland if he has nothing intelligent to contribute; we have enough idiots up here talking outright bollocks as it is.

Today, in his Sunday Post column, he’s outdone himself.

Dalglish thinks because the conclusion to the season is being challenged at the bottom of the table it could be challenged at the top too. After all, he says, if we’re questioning teams being relegated aren’t we essentially saying the whole thing is illegitimate?

Do you notice that he’s only talking this garbage as the Premiership is back underway and Liverpool will be trying to win their remaining handful of games? If there was the slightest chance of their title being decided the way ours has I suspect he’d be silent on it.

Stupidity is on the rampage here. Most of the Scottish clubs voted for this outcome, and of those who didn’t the ones directly affected are already in court over it. Only one club has been otherwise affected by the decision to call the league for Celtic; it’s Sevco, and as I’ve said right from the start, Sevco is not taking this to court and they never were.

Let’s open with the first point; they don’t have a case.

I repeat this so often it’s giving me a headache. The SPFL followed its own regulations scrupulously.

The clubs themselves voted overwhelmingly in favour of this outcome. It’s in the rules. It was supported by the stakeholders.

Celtic are Champions. That’s that. It’s simple. It’s done. It is in the books.

The second point is, Sevco does not have the money for a fruitless legal challenge. They are going to spend time in enough courts in the next 12 months without taking on another absolute loser of a case. They need to save what they can, and this is bad for them.

The third and last point is perhaps the most important, and the one you most need to understand. Sevco does not want to challenge the SFA and the SPFL in court because they are fully aware of what the consequences might be. I said last week that the delighted hollering of their fans over Hearts and Thistle’s move is completely at odds with the best interests of their club … well Sevco’s directors are well aware of this and won’t dare do anything to hold up the next campaign.

Of all the clubs in the country, theirs is the most vulnerable right now, no matter what noises are emanating from their PR department at the current time.

Sevco lives in terror of anything that threatens to stop next season. All a legal challenge to Celtic’s title win would do is increase the chances that something like that will happen.

In short, there is nobody out there who could, or would, mount such a legal case.

Whatever else might be threatened by this, Celtic’s ninth successive title will not be. Anyone who thinks otherwise has not got the slightest understanding of the state of affairs up here, or they are living in a Sevconian fantasy land where beanstalks reach into the skies and money grows on trees.

Of course not. I think he’s just talking bloody crap.