Much Of The Ibrox Intelligentsia Still Believes The SFA Conspired To Give Celtic The Title. 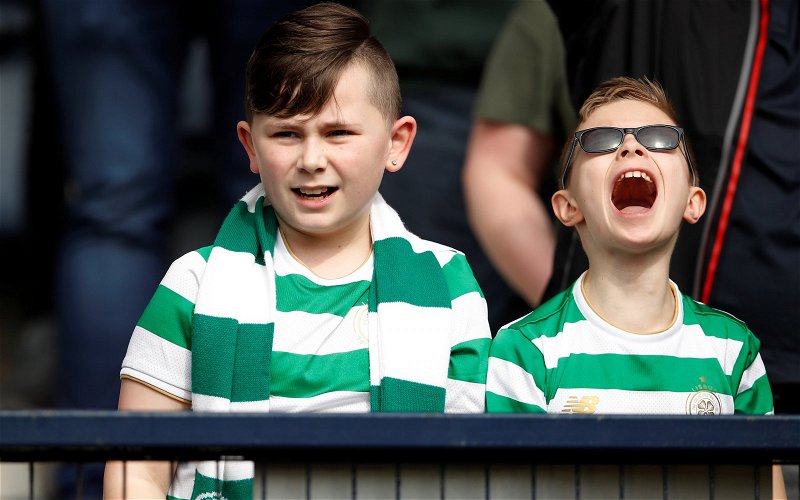 It was John F Kennedy who said “The great enemy of the truth is very often not the lie, deliberate, contrived and dishonest, but the myth, persistent, persuasive and unrealistic.”

From the moment of its inception, Sevco was infused by this stuff, by myths and lies both.

There are two central concepts which sustain the club, and both are lies; the first is the Survival Lie, which is that they are the same club as Rangers and the second is the Victim Lie, which is they were “relegated.“ This is particularly pervasive and rampant amongst their fans.

The myths that surround Sevco are just as bad, and in some ways many are worse. The latest is one of my favourites; that the SPL bent its own rules to “hand Celtic the title” and that the whole debate over league reconstruction exists as a cover for that action.

Believing this requires some astonishing leaps of logic amongst their fans, and some plain denial of reality.

In my last piece, I talked about the rise of far-right thinking in the Sevco support and these two things go hand in hand.

To me, right now, right-wing politics exists in a suspension of disbelief, enclosed in its own wee bubble which sanity and reason does not penetrate. The sheer weight of the lies in which they believe and the myths they cling to could stop a tank.

The amazing thing about all this is that these Peepul and their belief systems are impervious to logic.

It reminds me of a remarkable video showing the American comedian and political commentator Jordan Klepper talking to Trump voters and getting them to talk the most outrageous nonsense; he doesn’t even try to convince them that they are full of it, he openly mocks them for their backward views and most don’t even have the wit to realise what he’s doing.

What is the point in doing otherwise? At one stage he confronts a female Trump voter with the proof that Trump frequently lies only to be told she doesn’t care. Another says that she would vote for Trump no matter what he said or did.

Watching people like that makes you despair as much as laugh.

You cannot explain to these Peepul any of the simple facts of this, such as that we have only just allowed clubs to resume training and they’ve only do so in time to prepare for next season. Had the vote not gone the right way clubs would still be arguing over how to complete the last campaign, with the effect that the next one might not be played at all.

And if this is a conspiracy then it surely involves their own club, as they have a seat on the SPFL board and that board, and the top flight teams, voted unanimously to call the league season quits just a couple of weeks ago.

I know this is hard for them to figure out, but the global health emergency is what has driven the last couple of months in all of our lives, and it’s what put football on the back-burner. The Scottish game has been late getting back on its feet because our government, very sensibly, did not relax restrictions in line with England and Wales, on the advice of scientists. 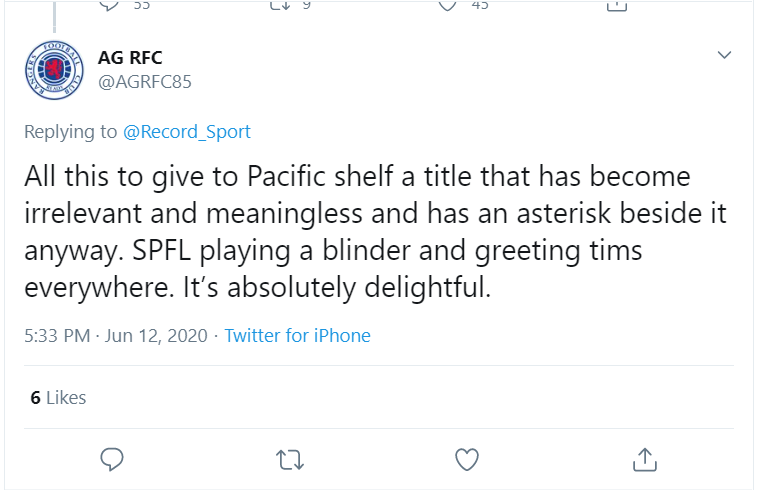 Don’t even try to work that nonsense out … it’s not worth firing up the brain cells for.

Man, oh man, this is going to be one long pre-season …