Sevco Is A Club Caught In A Trap Of Its Own Making. They Really Do Believe Their Own Nonsense. 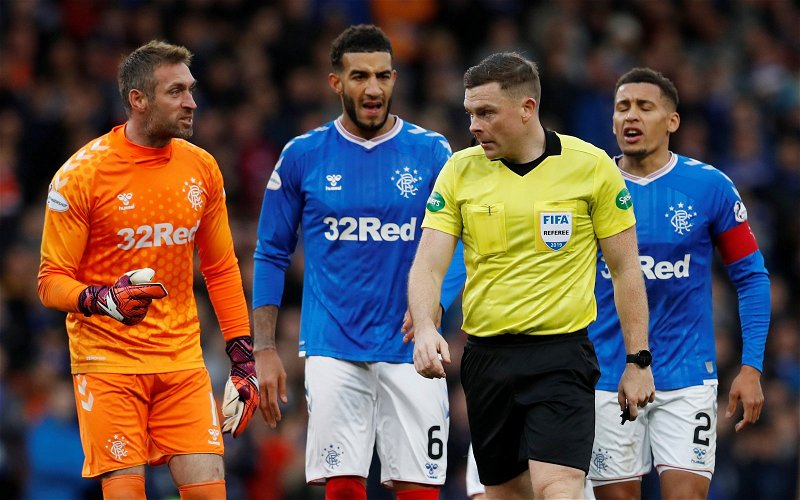 Nobody lies half as well to others as they do to themselves; it’s one of the great truths that still remains unacknowledged by a lot of folk. Over at Sevco they are past masters at this. Nothing blinds people – or in this case Peepul – more than their self-perception. They view the rest of the world as inferior because they view themselves as something special.

It forever causes them to overestimate their own abilities, and underestimate everyone else. Self-deception is a very powerful, and dangerous, thing.

Great myths cling to every defeat they’ve suffered in the past half dozen or so years. At no time have they sat down and did some honest to God analysis of where they’ve come up short. Always it’s the result of conspiracies or bad luck, or some mad combination of both.

As the global health emergency grew in scope, Sevco was dropping points left, right and centre. The worst Hearts team in an age had knocked them out of the Scottish Cup. Hamilton beat them at Ibrox. They were 13 points behind us when the curtain came down on the campaign. Yet check out their forums and listen to those at Ibrox talking.

They don’t just say they could have caught us; they actually believe it.

You listen to it, and read it, and ask yourself; can they really be so stupid as to genuinely think this way? And the answer, of course, is yes. Of course they do. They have to, because it’s all tied in with how they see themselves. This is the Great Delusion.

Without it, they might actually be forced to sit down and take stock of where they are, and most importantly where they are relative to where we are. Instead, they cling to the fantasy that they are not only almost there but that they’d have overcome us if not for referees, or the campaign against Morelos or the global health emergency … it’s all garbage.

Our form was outstanding. Theirs was all over the place. They were never quite as good as they thought and as the media liked to make out. Their manager is a joke. The longer he stays in the job the more other clubs figure out how to counter him; if Stendel at Hearts could do it twice in the space of a few weeks, what will teams do to them this time around?

Their entire club labours under the weight of what their fans believe them to be; Rangers, at one time the biggest in the country. Yet wasn’t that, too, built on a myth? Or, if you prefer it, an outright fraud? How long since any Ibrox operation was living within its means? This is why I have to laugh when I read people in the press say Sevco is almost back to where Rangers was … if they mean winning things that’s nowhere in sight. If they mean spending more than they make and hoping that the roof doesn’t fall in on them then I wholeheartedly agree.

Sevco, to me, is like one of those cartoon characters who is walking across a gully protected only by the magic of not looking down. But everybody looks down. Is it magic or just an illusion? What does it matter when the result is the same long fall?

I wrote, yesterday, about the Close Season Cup and how we’ll never win it; I also wrote about how Gerrard still thinks the season could have been completed and that he had a chance in it, instead of being glad it ended when it did because it saved his job.

No club in Britain exists in the half-light of unreality in quite the way Sevco does. Today their fans are celebrating a court case involving Celtic; what this tells me is that there is a part of them that knows they have no chance of taking anything from us on the park and have, instead, set all their hopes on some external disaster sweeping us away.

Like everything else they pitifully cling to, that’s a ridiculous notion but another they’ve been holding onto so long that they can’t let go. When it unravels that, too, will be proof of some dark conspiracy, and so another lesson – about believing their own nonsense – will go unheeded and they will charge headlong into the next brick wall.