The Backlash Against Liam Burt For Signing For Celtic Goes Beyond Rivalry And Into Hate. 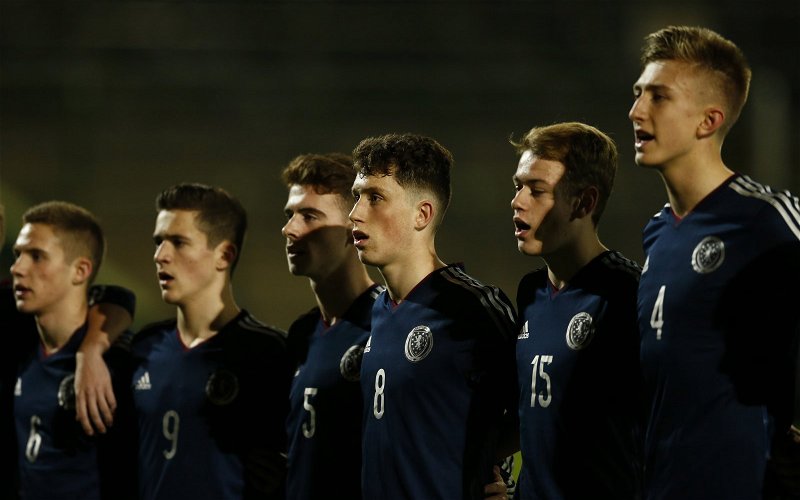 Liam Burt is a name a lot of Celtic fans won’t know. Even those who do recognise it won’t know a Hell of a lot about him, except, perhaps, for one fact; he was an Ibrox youth player who crossed the city and signed for Celtic instead.

When it comes to making that journey, he wasn’t the first, and won’t be the least.

Burt has not been a runaway success.

The pressures and difficulties on any young player trying to crack our first team squad are immense.

Indeed, Burt might not even be kept around the club. R

umours swirl that he’s been told that his time at Parkhead is up and that his contract with us won’t be renewed, that 12 months is all he gets to impress.

Burt is a Scotland Under 21. I would be surprised if we’d cut him loose this early, but then Celtic is not a charity.

We’re a ruthless club at times and we’ve had to be.

Shattering the dreams of young players is something football institutions do … they have to if they want to improve or even survive.

Not every player has the quality to make it, and you can’t be sentimental.

I don’t know much about the kid though, and I haven’t seen him play much.

If Celtic has agreed to terminate his contract, then it has to be because those at the club just don’t think he’s going to measure up; the kid should not feel bad about that.

The chances are that he’s still going to go on to have a professional career.

Some people – or should I write some Peepul – don’t want him to though.

Yesterday The Daily Record did a piece on how well Burt has handled “trolling” from some folk online.

In fact, this was typically disingenuous from the rag and more an effort at Sevco damage limitation than it was anything else; what that kid has had to put up with on social media since the first story broke that Celtic might be letting him go was not trolling by any definition I am familiar with.

What it was, instead, was pure blind hatred.

Many of them bluntly stated that they hoped his career was finished.

That they wished injury upon him.

The word “traitor” was used a lot.

Some of this stuff goes way beyond rivalry. It is deplorable.

All the guy did was change clubs, no big deal. It didn’t work out because sometimes these things don’t. To the Peepul, it’s divine justice.

There is something really dark about the way they turn on anyone they perceive as having done them wrong, and actually in this case the opposite is true. He signed for their club in spite of Celtic being his boyhood team; it was only when Celtic got interested that he was able to pursue what had been his career dream all along.

He didn’t turncoat towards us, he signed for Sevco in spite of wanting to pull on the hoops instead.

Yet nobody at Celtic Park or amongst our support was in the least bit bothered about that when he agreed to sign for us last year.

He’s a young guy who may just have suffered a huge setback in his career. If he leaves Celtic Park he’ll never again feature for a team in the green and white hoops of our club … that’s his goal, that’s his life’s work, his dream … gone.

A little sympathy is surely not too much to ask.

Except that it was. Sevconia would prefer to continue wallowing in hate.

This kid did no harm to them. He never made a first team appearance. The majority of their fans didn’t even notice he had gone. But this is what they choose to focus on … this idea that he stabbed them in the back and now has gotten what was coming to him.

It must make him think that he was right to move on from their club, even if it didn’t work out at Parkhead.

Theirs is a disgraceful way to view the world.