The Media Is Scrambling Because They Have No Idea Who Celtic’s Transfer Targets Are. 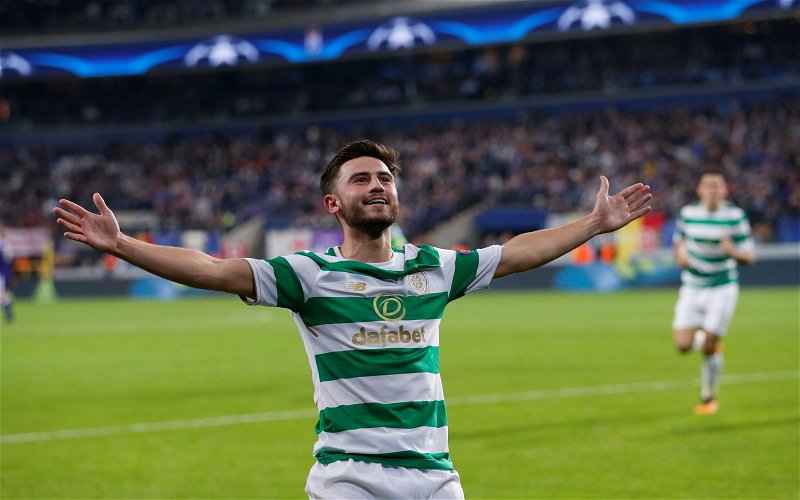 There’s not much happening at the moment at Parkhead, right?

Oh the clickbait sites have a lot of speculation on them, and there’s some moon-howling against Celtic’s pragmatic attitude towards the global health emergency, but in the main there’s not much going on, not if you’re only looking at the surface of things anyway. But underneath …

Underneath, there has to be work underway.

Things have to be happening.

Celtic does not remain in stasis.

We know there are scouting reports being combed through. We know there are talks between the club and the players we want to keep. We assume that there will be talks with representatives of players we’re trying to sign. Things will be going on.

But no-one knows what those things are, and especially not our press.

Celtic does its business quietly and we always have.

The first you’ll hear about our next signing might well be on the day he flies into Glasgow to put pen to paper; that’s how it should be. The press in this country is heart lazy and too dependent on hand-feeding. They are incapable of doing the sort of digging around that the profession used to be built on.

As I said previously, I hope we’re focussing at least some of our attention on the free transfer market; there will be more players out of contract this summer than there have been in a long while, and of a better quality than we’ve seen in ages too.

It gives us a chance to attract some of those guys who might once have been out of our reach.

I laughed reading some speculation over Patrick Roberts; he isn’t going to be out of contract, having only last year signed a new deal, but his career is not going anywhere fast and the suggestion that he might be able to resurrect it at Celtic Park is not a new one.

It’s actually not unrealistic, even as a one season loan. Let’s face it, everywhere else he’s gone has been a disaster.

Getting him on a permanent deal is not as crazy as it would otherwise be at the moment either.

Manchester City would have to be very realistic in their asking price though.

He’s simply not worth EPL cash.

Rule out any story that has us going for a striker.

I think we can safely say that unless someone is departing that we’re not going to explore that area as an option. We don’t need to. We have four players in that position and if two of them are still relatively unknown that’s because the other two are very capable footballers who can’t be easily supplanted.

Before January, I’d have said we needed another defensive midfielder. I think you can forget that area of the pitch as well, as Soro has just been signed, even if Eboue has left at last. Soro is supposed to have something. I think we’ll see a lot of him.

The wide positions are obviously the focus of our thinking; if Elyounoussi isn’t coming back (and cross your fingers there, because we still have a chance of keeping him) then we do need someone wide left. If Shved is for the exit door I think we need competition for Forrest wide right as well.

Failing something materialising with Roberts, look out for the resurrection of the Martin Boyle story from last year … that one hasn’t gone away.

That interest was real and it probably still is.

Each of us will be able to decide whether we like the idea if it’s being seriously explored.

All I’ll say is that Lennon has worked with him before, knows him well and knows what he can do.

The question becomes, then, how much you trust the manager’s judgement.

We clearly need at least one – I’d say two – players at central defence.

I think we’re probably looking at a left back as well, although I’d give Bolingoli and Taylor another season to see if either or both are going to be the long-term fix in that area. I think the central defensive position is more important by far, that and the goalkeeper, which is one we definitely need to fill.

You’ll notice that we weren’t in the race for Sevco’s new “£5 million player”, the ex-Sunderland keeper Jon McLaughlin. You’d have thought if he was any good, and with us badly in need of a long term solution to this, that we’d have been in there, right?

Ha! Why do you imagine we weren’t?

We clearly have targets; we must, or a lot of people are Celtic Park are sleeping at the wheel. But we’ll take our time and do our work with care. The window isn’t even properly open yet and won’t be until next month, so don’t panic if it doesn’t seem that we’re busy.

Even as I publish this, Joel Sked – the Scotsman’s in-house muppet – has published a piece on how Sevco has captured a promising youth signing and how we’re about to lose one of our best young talents. I’ve never heard of either player; at 16 you have it all in front of you, but you’ve also got it all to prove. It shows how desperate the media is for stories that one like that is set to trend, and I’m sure be picked up by the purveyors of clickbait.

This is all small-fry, but it’s what the press has got right now. In their desperation for something, anything, they will write anything they think gets them hits.

Let them write what they want. Celtic’s business continues quietly.

Then we can make our minds up.