Andy Walker’s Article On Celtic And Sevco’s Finances Was Weaker Than The Mr Muscle Guy. 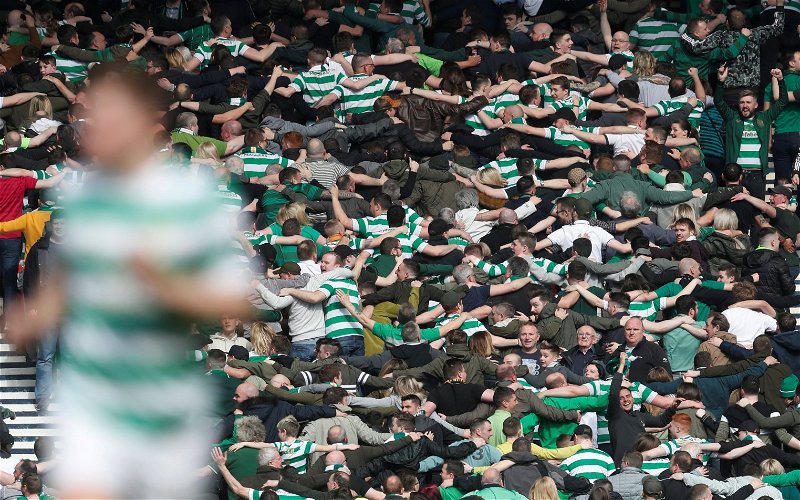 Of all the articles I’ve read in the past week, the one which numbed the brain, and caused the most disappointment, was the one Andy Walker wrote, two days ago, for his column at Sky.

Entitled “Do Rangers have what it takes to challenge Celtic next season?”, it is truly disappointing.

Oh yes, disappointing. Because for a moment it could have been so much more.

I love his page over there. Above the headline is the picture of him, and underneath that is the label they’ve stuck on him; Football Expert & Columnist.

I find it hilarious. Andy Walker isn’t even an expert on Andy Walker, far less football.

I have never heard that man make one single perceptive contribution to any debate or discussion in all the time he’s been on there.

Walker is the proof that we in Scotland are treated with a certain amount of contempt by Sky.

He is very much of the “if that had gone in it would have been a goal” school of commentary; if they gave out prizes for “stating the obvious” he would sweep the boards. Sky thinks we’re a bunch of yokels up here, and that such blinding insight is our level.

The article is the text equivalent of white noise, containing not one real bit of analysis. It’s doesn’t look seriously even at the issue it is allegedly exploring. He asks the question but never even bothers to try and answer it properly. Instead, he rambles.

It’s when his rambling touches on the finances at both clubs that his weakness as a writer of opinion comes through most clearly; he either hasn’t got a clue or he is absolutely gutless. That segment was so feeble that it would have dragged the rest of the article down to its level even if everything else had been illuminating and brilliant, which of course it wasn’t.

Going straight for the obvious, this is how he opened that section.

“Perhaps the most crucial aspect of this title race is the constant drain on both club’s finances due to the global pandemic. In this … period of great uncertainty for all our clubs, just how they cope through this upcoming transfer window will have a huge bearing on their title prospects.”

Nothing that all of us aren’t entirely aware of, of course.

“The harsh reality is that both Celtic and (Sevco) have been burning through millions of pounds every month since the (global health crisis) hit, and, with nothing coming in, you wonder how long both clubs can endure this hardship …”

Well, one of those clubs is better placed than the other of course.

“According to their most recent official accounts, Celtic had cash reserves of around £40m. But no club would want to continue burning through money at this alarming rate … Celtic have an impressive recent history of buying cheap and selling for big profits; Moussa Dembele, Virgil van Dijk, Victor Wanyama and Fraser Forster have all generated good business for the champions.”

Walker isn’t saying anything dramatic here, as you probably gathered … but what he says next is actually pretty ground-breaking … and I say that in total sincerity.

“(Sevco), on the other hand, have posted losses that total around a staggering £65m over the last seven years. How much longer can they continue down this road without cashing in on a star player?”

Reading that my jaw dropped.

I thought to myself, “Is this about to be the article that every single mainstream journalist in the country should have written months ago?” I really did. Because although it’s nothing we’re not all aware of, it was a shock to read it written by someone in the mainstream media, because it’s been so consistently ignored by all of them.

I should have known better, of course, but I read on fascinated, hoping against expectation that this might be something that I would want to retweet and highlight over and over again, the moment the dam broke and someone other than Michael Stewart told it true.

And of course, Walker flubbed it.

He either didn’t know enough to press the issue – and I can believe this of him, as he’s pretty dense – or he bottled it.

Instead of expanding on the theme and explaining that Celtic are going to survive this just fine whilst Sevco are in deadly peril, which is surely obvious to every person who can do the sums, he glossed over it and from then on spoke about both clubs as if their situations were identical instead of diametrically opposite.

“It was reported recently that two-thirds of (Sevco’s) total income comes from match day revenue, with Celtic’s pegged around 45 per cent. The only way to address that shortfall is to sell an asset, however unwanted that may be.”

Again, he seems to be starting out to compare apples and oranges here but stops at “they are both round” without taking any other factor into consideration.

Celtic’s 45% ratio is significantly under what is regards as the danger zone, which is 60%. Sevco’s is high above that line. You cannot use those numbers in such an offhand manner as he has here without exploring what they actually mean, and this is no minor matter.

As I wrote here recently, a major report into the top 200 clubs in Europe and their financial exposure to the global health emergency puts Sevco right at the top of the list – making them the most “at risk” club on the continent – because of those very figures.

I’ll expand on that a wee bit later on with a piece tonight or tomorrow.

Walker either has no clue what the context is or he just doesn’t want to explore it, which is why he suggests that both clubs might have to sell their prized assets in order to balance the books, as if we were both facing exactly the same set of circumstances.

He focusses, of course, on how we might need to sell Edouard first, as though our need was the most pressing.

He then makes this absolutely ridiculous assertion, in a week where it was virtually confirmed that Edouard will sign a new deal, get the number 7 shirt and be at the forefront of Celtic’s publicity campaign for the new Adidas deal.

“He is undoubtedly Celtic’s biggest asset and Lennon will not want to lose him, but it will not be his call.” He repeats this within his segment on Morelos. “Gerrard has been exasperated with him at times. Like Lennon, he will not have a say if a huge bid is on the table.”

He finishes the article with this beauty.

“Scottish football is a different marketplace of course, but sums of anywhere around the £20m mark for two top-class goal scorers will have both boardrooms on high alert.”

It’s as if none of what he wrote about the respective positions of the clubs even matters.

He never explores the implications of that any more than he does those figures on turnover via gate receipts.

He writes about the two players as if both clubs are desperate to sell and neither manager will have a choice if a big bid comes in.

Then, on top of that, he assumes both clubs would get broadly comparable offers.

The idea that any club will pay Sevco £20 million for Morelos is for the birds, and even the latest strategic leaks from Ibrox no longer make such a grandiose claim. They would accept half that if they were lucky enough to get it, one reflection of the reality not only of this situation but the player’s transfer market value.

Walker’s article is not the usual dirge, like the one he wrote about how the league opener should be Celtic v Sevco in front of no fans as a “thunderous” opening … but it is pitifully weak, like the guy from the Mr Muscle adverts.

To acknowledge some basic facts and then still do such a shabby job of examining the respective positions of the clubs is somehow worse than doing nothing at all.