If We’re Looking At Bringing Albian Ajeti To Celtic Someone’s Parkhead Career Is Over. 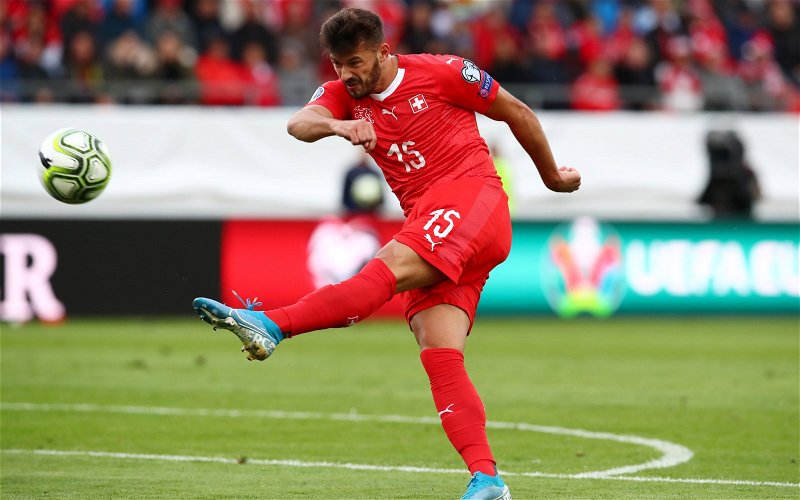 The press is reporting that we’re still in the market for a striker.

Honestly, I’d be absolutely amazed if that was true. I don’t believe it for a minute, but I’ve been wrong before on this stuff. I couldn’t see the logic in some of our previous signings and being proved right on them (for the most part) doesn’t change that somebody at Parkhead thought they were a good idea.

The guy in question is Albian Ajeti, who’s time at West Ham was little short of a disaster. No goals in twelve games folks. Not the record of someone we should be beating down the door for. I am willing to look past that, at this time in Switzerland, where his record was much better.

That doesn’t change the equation we’re already looking at; we have four strikers.

Even as a club that plays with two up front now, there are some who would consider that one front man too many. We certainly don’t need a fifth.

If we’re really interested in this guy – and it’s a story that won’t go away – then I wonder what it means.

For starters, we are, once again, looking at strengthening the wrong part of the team. We badly need at least one centre back, and I think we should sign two. Good ones at that, and not the comedy club sort Sevco has announced tonight, a player with 220 career appearances at 32, which is a mere 17 more than Ajer, who’s ten years younger.

That signing is a joke. That guy has barely kicked a ball in the last two years. There’s having backup and there’s squandering money on third tier junk. That’s what this is.

We’ve not yet gotten our goalkeeper over the line, although the signs are better on that front with two possibilities and both of them willing to make the move. Lawwell has to close one of them in the coming week. It would be a good start to our season.

I see no logic in signing another striker, except in one scenario; that someone currently at the club is on his way out the door. A month ago, logic would have suggested that it would be Bayo. Klimala has just signed, Edouard is unsellable and Griffiths is his front man partner. Bayo has not impressed too many people, although I do think there’s a player there.

Now, of course, things have changed and if we were to lose a striker the smart money would be on us letting Griffiths go for whatever fee we can get. It would probably still be in the middle seven figures because whatever else he might be he’s a goal-scorer and those are still rare.

I would be extremely saddened if his Celtic career ended on such a note.

In truth, I don’t think we’re likely to find a better finisher than Leigh, unless we’re willing to spend the kind of serious money that we probably don’t have. Ajeti is 6 foot, which makes me wonder if that is a consideration; Bayo fits that bill at the moment, but has never looked particularly physical on the ball. Is this guy a more robust player? I don’t know.

I just think the whole thing is unlikely to come off, but if it does somebody is definitely going to go and it won’t be Eddie and it won’t be the Polish striker we’ve just bought. Right now it’s a toss-up between Bayo and Griffiths; if I had a choice I know who I’d keep and most Celtic fans would definitely agree. The important question relates to Leigh and whether he’s burned his bridges at the club … most reports suggest not, but we don’t know the full story.

Like I said, I doubt there’s anything in this … but time is going to tell here.

I would far rather we were focussing on those other areas of the team which need the surgery.

If we really are looking at a forward then someone’s Celtic Park career is over.