Scott Brown Is Right To Talk Up Scott Bain, Even As The Hunt Goes On For Celtic’s Number One. 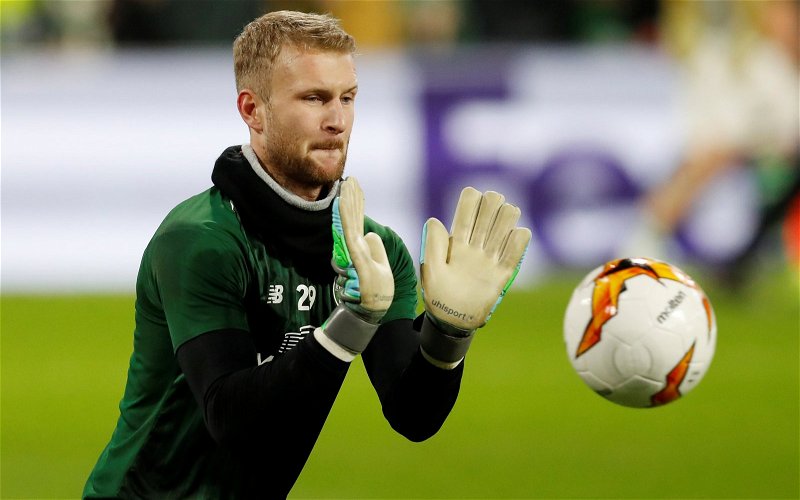 He represents the dressing room brilliantly and looks out for the players.

His comments about Scott Bain yesterday were just what you would expect; he says the players all believe in him between the sticks.

Very well done. A captain playing the role to perfection.

Brown is correct to do this. We might have to start the season with Scott Bain in goal, and the keeper will be well aware of the swirling rumours, which aren’t really rumours at all. We’re actively looking for a new number 1. He will not get the gig.

I like Scott Bain. He might not have Craig Gordon’s profile, but I thought he was a better keeper. I have no problem with him as our backup option. But one report twisted Brown’s words yesterday and suggested that Bain could “save us a lot of money.”

That’s a bad attitude to be having, and I hope nobody inside Celtic Park is seriously entertaining it.

I doubt that they are. Because they know it might save us some cash in the short term, but in the long term might prove costly. A top class keeper is worth his weight in gold. No further evidence of that should be required than looking back at the last campaign.

Forster was immense. I thought going back to him, and especially when he wasn’t playing regular football, might be a big mistake. But the quality we remembered from his first spell here was clear from the first day.

In those big games where it mattered – Lazio home and away, the League Cup Final and others – he showed us what we were missing.

Neither Gordon nor Bain could have performed those heroics.

That’s not a reflection on them, it’s a statement of fact. Class counts, and Forster is a cut above.

If he’s not coming home – and it looks pretty much dead at the moment – we need to move on.

The Daily Mail is apparently reporting that a new goalkeeper will be signed soon, and he’s someone who hasn’t beeped on anyone’s radar yet … this is not surprising in the least. Last month, I wrote that our guys would most probably blindside the media and so it’s proved.

A good keeper can be worth millions to a team.

They also cost millions, but the stakes are so high this season as to be out of sight.

We can’t mess about.

Bain is good, but we need someone great.

In the meantime, Brown is right to talk the boy up.