The Record’s Arzani Piece Sums Up Their Pitiful Rush To Condemn All Things Celtic. 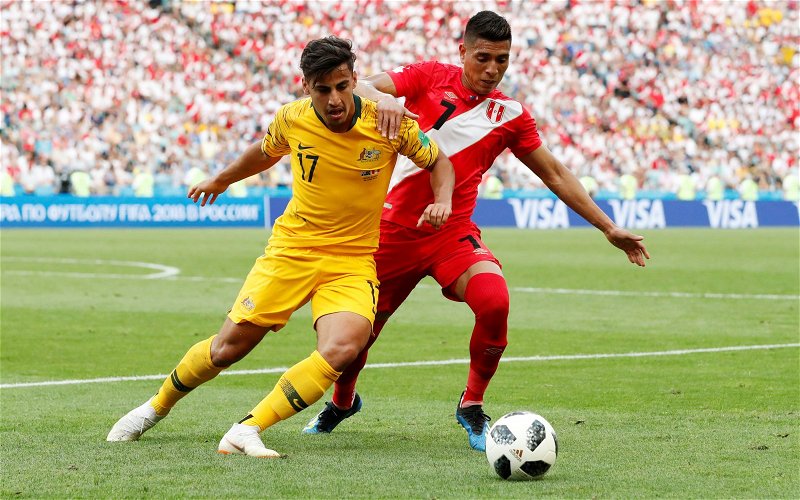 The Daily Record has published a piece today quoting a Dutch coach, where he says Daniel Arzani “wasted” two years of his career going to play for Celtic.

Where do you even start with an article like that?

We all know what that “newspaper” does. It rushes to condemn Celtic whenever and however it can.

It publishes the words of anyone who does. The slightest hint that there might be a negative story attached to our name, and that rag leaps on it.

Most of the time, these attacks on us are pretty toothless, like being mauled by an 85-year-old man without his dentures in. Sometimes they are pathetic snarks. This one is both, and in addition it also just happens to be an incontinent mess and a slur on our game.

None of that matters. The Record got the word “Celtic” into a negative headline, and so for them that’s a job well done. It doesn’t matter that, to the rest of us, it’s a bodged job, shoddy, and built out of third rate material.

If you are asking “who the Hell is he?” you aren’t the only one. He was a coach at Australian club Melbourne, and gave Arzani his debut there. He later went on to coach in Holland. Thumbing your way through the Who The Hell Is That? Book Of Football Personalities you find that his win ratio in the Dutch league, with Zwolle, was 36% and he’s currently manager of Greece where his win ratio is 50%. Still, you wonder, why’s he talking about us?

He thinks Arzani was wasted not only at Celtic but in Scotland, where the “standard of football is poor.”

So this guy is actually slagging the game here as much as our club, but The Record didn’t let that bother them one bit. It has never been a newspaper that talked our national sport up; indeed, it has spent the whole of the summer talking about us being a shambles.

The snark against Celtic is that we didn’t give Arzani a chance, and that he played only a handful of games in his spell with us. Can it really be that this coach who knows the player so well is wholly unaware of the horrific injury he sustained in his first game?

The Record reporter who published this execrable garbage is certainly well aware of that.

You know, I don’t mind people writing this kind of nonsense as if they aren’t in full possession of the facts; what I do mind is when they can’t get their story straight because that becomes an insult to the readers. The Record has been doing that for years too.

If the standard of Scottish football is so poor and the complaint here is that the player didn’t get enough chances in this league then isn’t that more a reflection on the player himself, more than the league, and more than the club?

It’s a bizarre thing to complain about how bad the quality in Scotland is and simultaneously moan that the player wasn’t playing.

Maybe I’m the only one that sees the contradiction. The reporter clearly didn’t.

Arzani was injured for almost the whole time.

When he was fit he was miles behind the on form and on fire James Forrest; I don’t believe this is a bad reflection on Arzani himself but simply rotten luck, which dogged him from the moment he arrived here as a Peter Lawwell signing.

That, too, would have factored into the lack of game time eventually … something that our unofficial director of football wants to think about before foisting any more players on managers here. Had The Record wanted to make that point I’d have reluctantly agreed with it. But this was a dig for the sake of having one. A Kit Kat and coffee break chance to take a shot, and the hack in question couldn’t help himself. Reading the piece, it is rotten to the core.