Another Day And Two New Interesting Names On The Celtic Transfer Front. 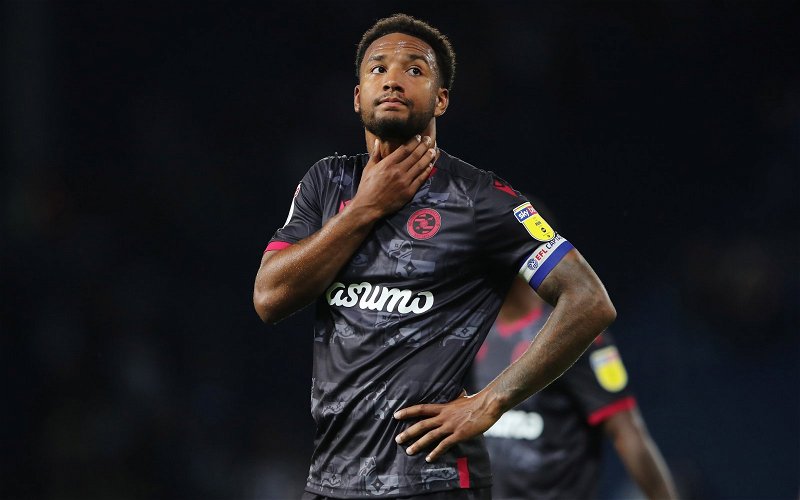 I am enjoying the Celtic transfer rumours in this window, and in particular the quality of the players we’re talking about. I like the ambition we’re showing.

There is no dross. When the story about Lyle Taylor surfaced it was the worst of the lot; the club quickly shot that down.

Which I think pleased almost everybody, except the hacks who dreamed up the story.

The two tales which have come across my desk today could be as fake as a Castore “premium” kit, but one sounds definitely plausible and the second is a proper top level rumour which deserves to be discussed, and the merits of it weighed.

The first story has us linked with Liam Moore of Reading, their former captain, now out of favour at the team. He would be our alternative option of Duffy doesn’t sign. I think we’ll get Duffy, as I’ve said before, but it’s good that we not only have a Plan B but are actually working on it.

The player profiles are very similar; we are definitely looking for a bruiser.

Moore has a lot of top level experience. Like Duffy.

This is exactly the kind of footballer we should be looking at. The transfer fee to buy him would be in the region of £4.5 million … that’s affordable, and when you consider that Brighton want half that for a loan of the Irishman it starts to make sense as an option we should be seriously considering.

The second transfer rumour of the day is that we’ve got a chance at taking Spurs left-sided defender Ryan Sessegnon on loan.

It would be a loan, because he would cost an arm and a leg to buy, and we have nowhere near that kind of cash.

He is 20, but he has top flight experience galore, having come from Fulham where he was a regular in the first team.

He is an outstanding footballer. This would be a superb piece of business, with the kid easily good enough to be a top-rate squad player and first-team possible.

We do need another player in that position, with Bolingoli on the way out.

It makes sense we’d try for a premium option on loan, and he certainly fits the bill.

The competition for his signature would be fearsome though, and we’d have to move fast and do one Hell of a sales job.

But we have the club for that, and this historic season above all.

Let’s see where these stories go.

The Rumour Guy is a Celtic blogger from Glasgow, who is forced, at gunpoint, to read the MSM every day.