Hard As It Is To Believe, Celtic’s Latest Transfer Option Is Even Worse Than Steven Fletcher. 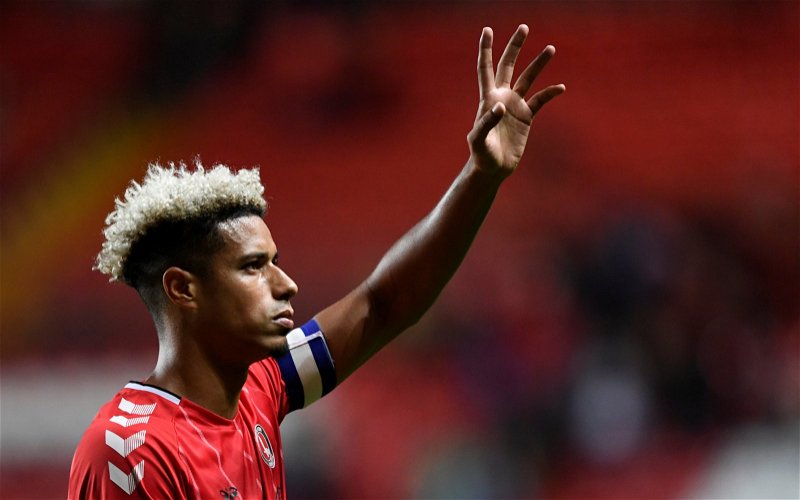 To say I am not overly enthused by the prospect of going for Lyle Taylor is an understatement.

But let’s look for a moment at the positives.

He has a better scoring record that Steven Fletcher, has the same physical attributes and is three years younger as well.

The trouble is, he is the epitome of a lower-league player and this is the ten in a row campaign and we’re trying to get to the Champions League Groups.

If this is the answer, I don’t even want to think about what the question is.

These are decidedly second-rate options. It’s a good job these are only backup players, but I wonder what the point to it is. We don’t need a striker badly enough that we’re scrambling around the bargain bin for these low-impact choices, surely?

You know, when we got rid of the likes of Hayes and Simunovic – not my favourite players, either of them, but first team footballers who worked in a crisis – I thought we were finally moving past the point of having filler clogging up the dressing room. Really, what was the point in letting those guys go and possibly leaving us short of cover in key areas, just to bring in even more filler like this, in the one area of the team where I think we’re well placed?

Taylor has had ten clubs since 2000. His best goal-scoring seasons have been the one where he played in the English Regional Leagues, a season at Falkirk eight years ago, a season at Wimbledon when they played in League Two and his first season at Charlton in League One.

In a career spanning thirteen years as a pro, he has had two seasons in the SPL on loan at Thistle and one in the English Championship.

Every other year of his career has been spent bumming around in the lower leagues. For the piss-poor quality he has come up against in his career thus far, he has a scoring record of around one goal in every four games.

If Sevco had signed him – and they were linked with him – I’d have been scornful.

I’d have been laughing.

This is a transfer target on a par with Colin Kazim Richards and Carlton Cole, except that both had consistently played at a higher level than this guy.

This is not just a cheap option, it’s a joke option.

I never thought we could do worse than Fletcher. When I heard today that the deal for him had broken down I thought “well that’s a relief, we can only do better next time.”

I would take Fletcher first. Hell, I’d rather see us go to Livingston and sign Lyndon Dykes, except we won’t pay £2 million for him. (And nor should we.)

Honestly, to go from the likes of Ajeti and Toney to this … the one consolation is that there’s no way the board would be able to punt Eddie on the back of signing dreck.

But really, when we have young players who are chomping at the bit and would run through walls for a chance in the ten-in-a-row year I am pretty appalled that we’re even talking to players like this. Honest to God, Celtic, show some sign that you understand what’s at stake here.