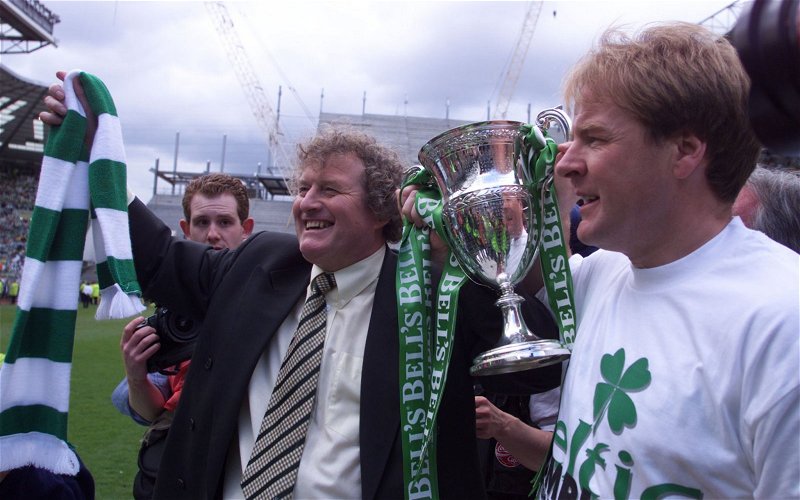 A lot of people try to read significance into things which have none.

Had Aberdeen gotten something from today’s game, a lot of folks would have made incredible leaps of mental logic and said Gerrard and his club were under real pressure already. I would have had fun writing about it, and trying to provoke the Sevco fans into an over-reaction.

But deep down, I’d have been innately more cautious.

I remember being delighted when we were top of the league after the first game in 1998. Rangers had lost. We had won. The planets had aligned beautifully.

Except for one thing … as someone was quick to remind me, we had been six points behind after two games the year before.

And we all know how significant that campaign had been. My mates were right to be sceptical of any deeper meaning.

The Ibrox club had the last laugh in 1998. Advocaat’s won the title by six points as we struggled to hit any kind of form.

Not so in the Year We Stopped The Ten.

Few now care to remember how dire our beginning to that life or death battle was. If you had told fans before it began we’d give them a six-point head start they’d have been pulling their hair out. Yet we did, to win the championship on that glorious final day.

But we couldn’t have had a worse start if we tried, losing away to Hibs and then at home to Dunfermline. We then put together a straight run of eight wins … but it got rocky after that when we lost two in a row – one of them at Ibrox – and then drew against Rangers at home.

Three matches without a win … and we won then next and then promptly lost again.

Their own form was just as all over the place though. They had one top performer in that first half of the campaign; Negri, who scored 23 goals in the first ten games, including five against Dundee Utd, four against Dunfermline and a hat-trick against Kilmarnock.

Was it pressure that got to them? Something certainly happened to Negri; after December he scored a handful of goals – three in the league – and never came close again to that kind of form. People say it cost them the title, but in fact their form was dreadful even when Negri was battering in them in.

They finished that season with nine draws and six losses.

Of course, our “form” as champions was no less pitiful; we dropped points in fourteen matches in that campaign.

Talk about staggering over the finishing line.

That’s one of the things this team, this current team, does brilliantly. That kind of form is unthinkable for them, and this is the real challenge to Sevco and it’s why there might have been some slight over-reaction had they dropped something today.

Consistency has been the key to our success; we are capable of going on an extended winning run and Gerrard, in two seasons, never has.

This campaign, like all others, is a marathon and not a sprint.

It’s slow and steady to win this race.

Individual weekends will start to mean more as we go on … no-one should get over-excited about the opening one.