Last Night, Dembele Showed Again Why Celtic Get The Big Bucks For Our Players. 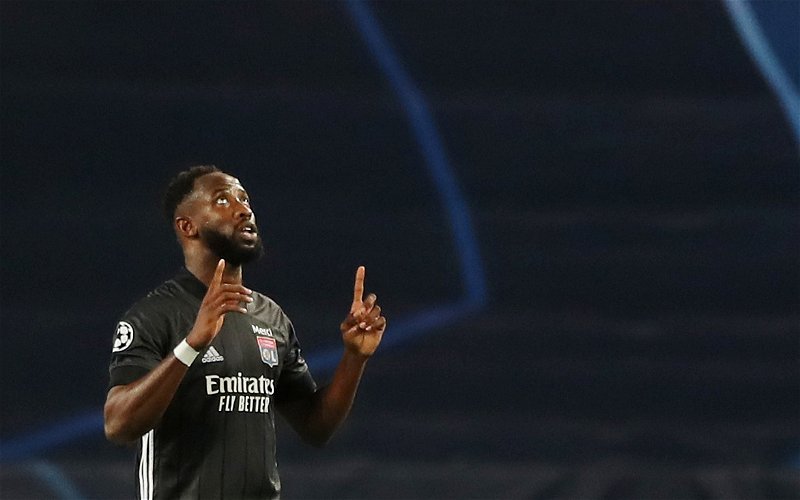 Late in the Manchester City-Lyon game last night, with things finely poised, the French club made a substitution and introduced Moussa Dembele to the fray. What happened in the next fifteen minutes reminded me of Larsson coming on for Barcelona in their Champions League Final comeback against Arsenal; one man, turning a game on its head.

One man, with a connection to Celtic Park, performing on the biggest stage of all.

Dembele scored his third and fourth goals against City during the Guardiola era.

I remember the first two well; I was sitting in a beach bar in Ibiza when he got the first two, as a Celtic player, on a memorable night at Celtic Park.

It was the night I knew that this special, special footballer was not going to be at our club for the long haul.

But the knowledge was tempered with the realisation that we were going to net a small fortune for the player.

Whenever we pointed that out, the response was scorn.

Scorn from Ibrox. Scorn from certain corners of the media.

And yet we did net that small fortune.

The same was true when we sold Van Dijk. He’s only gone on to be a Champions League winner at Liverpool, the club he took to its first league title in decades. We were told that we wouldn’t get a bumper fee for him, and not only did we get that but we got a major chunk of change in the re-sale as well.

We’ll get another when Dembele moves in this window.

Kieran Tierney was the latest footballer to depart Celtic for a mammoth sum which we were told we were lucky to get. He’s already won his first honour with Arsenal, an FA Cup winners medal. It will not be his last, as Arsenal will not be his final club.

If we’ve got a resale clause there – which we should have – there will be even more riches in our future.

A certain other club watches this and thinks that it’s easy. That all that’s required is to name a price and then wait for someone to meet it. But our players have proved that they were worth the money that was spent on them. They’ve proved that Celtic is a machine that makes footballers better, that time at our club moulds them into winners and enhances their capabilities. Celtic is trusted, and respected, as a sharpener of talent.

This is why clubs will take a chance on Ajer at £20 million.

It’s why we could sell McGregor for tomorrow for roughly that.

Why Christie will command eight figures.

It’s why the fee we finally get for Odsonne Edouard will obliterate the one we brought in for Tierney.

Someone said to me on Twitter last night that the best Sevco has managed since they tried aping our strategy, with vast inferior players, was the £2 million they got for Josh Windass.

I don’t know if that’s true or not, but I suspect it is, as I cannot remember a big fee at Ibrox since the days when Rangers got a hyper inflated £8 million for Boumsong, a transfer deal which partially trigged the Stevens Inquiry into bungs in football and led to the SFO finding evidence of the Rangers tax scam which they turned over to HMRC.

That turned out to be the most consequential move in the history of the club, but for all the wrong reasons.

Sevco has been trying to sell Morelos for two years now, desperately promoting nonsensical stories in the hopes of drumming up interest. Only Lille were prepared to bite with an actual offer and they were appalled at what Ibrox asked for, and walked away to pursue other targets.

You’ll have noticed the increased chatter about Barasic, the rehabilitation of Brandon Barker, the recent rumours of interest in Kamara … none of it is real.

Nothing is real except their need. I’ll be writing about that later.

In the meantime, Celtic’s former players continue to be great ambassadors for the club by showing they were worth the money we got for them.

I knew that night watching from an Ibiza bar that Moussa was capable of producing on the biggest stage of all … and last night, as he sunk Manchester City with another two goal burst, I allowed myself as satisfied smile.

So did Celtic’s manager and our CEO.

It bodes well for our future business.