No Surprise As Kris Commons Delivers His Weekly Dose Of Ignorant Anti-Celtic Nonsense. 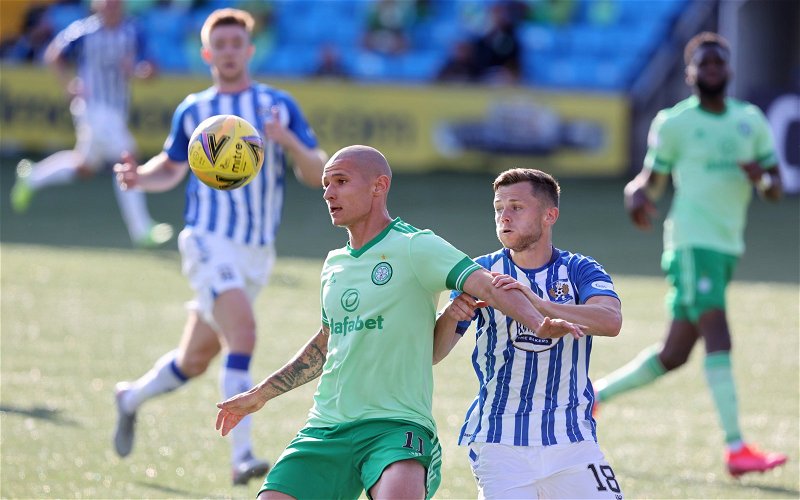 Kris Commons never fails to live up to expectations. The thing is, those expectations are that he will plumb the depths of pig-ignorance and stupidity.

He sets the bar so low that ants couldn’t get under it, even if they started burrowing.

Today he lived up to expectations with a piece that was every bit as dumb as has become his usual.

The piece was an attack on Celtic’s performance – which we deserve, from all quarters, considering how poor we were – but it was a rant against the team in general.

How does someone slam the manager for not fielding one of our two fit strikers whilst he scorns both of the players as not up to par? How does someone say that apart from Edouard there aren’t people in the team capable of hitting double figures when no fewer than three of the players who started the game on Wednesday did just that in the last campaign?

In addition, Ntcham got 8, Elyounoussi got 7 and so too did Jullien. Even Scott Brown managed 5 and Kris Ajer scored 4.

Whatever you might think of Lennon’s decision to play Christie up front, and it was a shocker, the midfielder bagged 19 goals last season and was our second top scorer.

None of us know what possessed Lennon to choose that team on Wednesday, but there was a thought process behind it, and it would have started with those Ryan Christie goals. There is no clear, or logical, thought process running through any of Kris Commons’ columns.

This is a guy moaning that we’ve not seen enough of Klimala and Ajeti but who somehow knows, based on that modest information and knowledge, that neither of them is a natural goal-scorer. I mean who is this clown trying to kid? He has no idea what he’s talking about.

Commons once made a big contribution to our team. But he disgraced himself that night when he a go at our manager in full view of the TV cameras and Rodgers was so unimpressed by his attitude he didn’t even give him a single minute in his team.

What he’s doing as a hack has ruined what was left of his goodwill amongst our fans, and that’s a great shame as his wife continues to be a magnificent ambassador and friend to the Celtic cause, which is more than I can say for this joker.