Nobody Should Be Having A Go At Celtic For “Losing Out” On A Player We Never Tried To Sign. 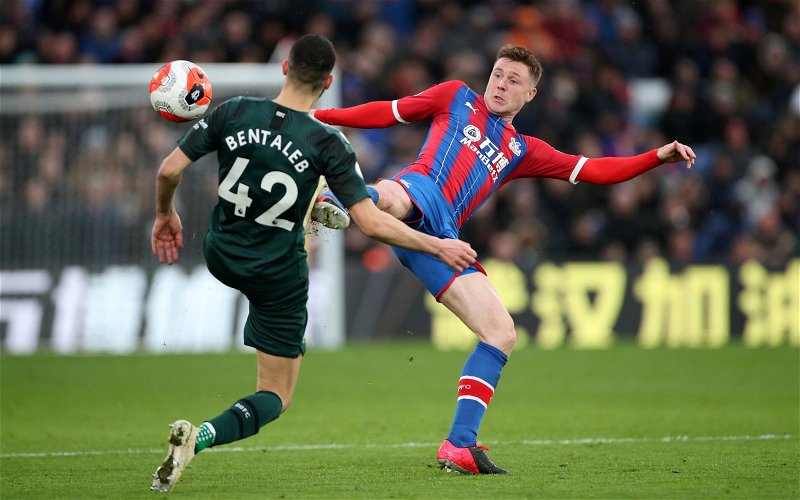 James McCarthy has opened talks with Palace about a new deal.

I neither know nor care who the talks are with or if he signs.

I know that McCarthy is a good footballer and that he is a lifelong Celtic fan, but that’s where it ends for me.

There was a time, a few years ago, when I thought a deal to bring him to Celtic Park was done and dusted.

I heard it from an impeccable source; the words came out of the player’s own mouth, at a Glasgow hotel.

Was he kidding? Was he delusional?

Or was there a move on the brink of happening only for something to scupper it late in the day?

I’ve tried to find out over the years but never got an answer to the question.

I take all McCarthy to Celtic stories with a big pinch of salt as a result.

The one that surfaced last week I didn’t entertain at all.

There was no credible source for it, the media didn’t bother to ask Lennon about it and he never volunteered any information on it at all.

To me, it was a complete non-story.

This is why the idea that we have “lost out” on the player is bollocks; watch, though, as it gains some traction.

How can we have lost out for a player we didn’t try to sign and weren’t interested in bringing to the club?

How can we be somehow to blame if McCarthy leaves Palace and goes elsewhere?

Before today I’d have said we don’t need a signing at central midfield, least of all an expensive piece of EPL bling. But I doubt he could have opened up a packed defence with a pass; he’s not that type of footballer. He wouldn’t have changed that today.

McCarthy is a very, very good player but on top of being expensive he is injury prone; I happen to know that one of the things Celtic will be taking most into account as we go forward is the injury profile for every player.

It’s the reason we were willing to let Simunovic go so easily.

In light of that, McCarthy would have been a curious signing target to say the very least.

I wouldn’t have complained. But I would have been scratching my head.

I think our transfer business could have gone better so far, but not all of it has been our fault. We narrowly missed out on a central defender from France last week and the delays over the Ajeti deal were not the fault of people at Parkhead.

But I do think we’ve gone slowly, more slowly than was probably necessary. It’s just the way we do things.

I will lash this club without mercy when I think we are screwing up with the transfer business, either by not doing enough or when we’re linked with dreck such as Lyle Taylor. What I won’t do is batter the club for failing to close deals when we were never interested in doing so.

The McCarthy story was a figment of someone’s imagination, a story designed to get hits. Mission accomplished on that score.

We should not be using it as a stick to beat Celtic with.