Sevco’s Desperation To Sell Reaches A New Level As They Try To Generate Interest In Kent. 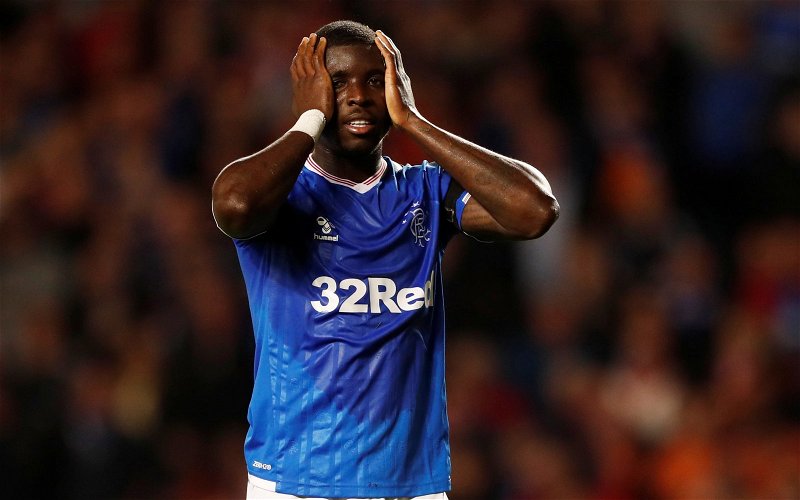 Sevco is struggling. The reality of this window has started to sink in over there.

Gerrard has been given money to buy new players, but the simple fact of it is that they had to leave this window having posted a transfer surplus.

It is crucial to getting through this season.

There are real problems over there, and a big hole to fill.

They are negotiating sales for some of their fringe players, but the big bid they were hoping and praying for isn’t going to arrive for a Ross McCrorie or Jordan Jones.

Which is why they’ve been promoting others.

Phil said a few weeks ago that the word had gone out about Brandon Barker.

The media was to talk him up. Were you surprised to see him being put on at the weekend, in place of Hagi? Did you wonder why he started in Germany? Stop wondering, they’ve been trying to boost his profile in the hope that some mug manager or chairman swoops for him.

It has about as much chance of success as Lloyd Christmas, from Dumb And Dumber, had when he was “putting out the vibe” at the fund-raiser with the owls.

That club is like a bad joke. The way they do business is awful. They take the same view as Barry Fry at Peterborough, that just because they say a player is worth a fantastical sum of money that it’s just a matter of time before somebody pays it.

You’ll have noticed that every day carries a new story about interest in one of their players.

Did you laugh, with amusement, at the stories about Kamara the other day?

Remember when they were giving him all sorts of hype last season, with Patrick Viera comparisons?

They slapped a starting price of £8 million on him at one point; clubs weren’t exactly queuing up though, were they? They aren’t queuing up now, but there was the story and the speculation which was all designed to advertise his talents.

He played at Livingston at the weekend, and he was awful. Sevco fans were baffled as to why he was in the team, and why Gerrard persisted with him during it. They should know the reason. He’s in the shop window, just like Barker, and it won’t be the last time between now and October that he’ll go with a bizarre team selection like this.

Even Jordan Jones is going to have his day again if nobody steps up to buy him. Greg Stewart hasn’t played his last game for the club either, I’d say. Just wait and see. That they would quite happily sacrifice points for a chance to get shot of some of this dreck is telling.

It is astonishing to me that they believed their arrogant stance in the Lille negotiations might pay off with the French club coming back to the table to give them the money they wanted for Morelos, a fee which is no way reflected by the coverage thus far.

Remember when they allegedly turned down £30 million from China for this guy?

The Scottish hack who claimed to have “seen the paperwork” should be asking Sevco one of two questions; why do you make a mug out of me?

Or, do they feel like mugs having turned that down when now they’ll have to accept a fraction of it?

Look we know the only mugs are those who believed that garbage, but it’s created exactly the situation I said it would at the time; one where the club is facing having to punt Morelos for much less than their alleged market valuation, when they swore to stick to their guns.

Their need is desperate, and desperate Peepul do desperate things.

That’s why they’ve tried to punt Barisic. But there are no takers and he’s dug in his heels and said he’s happy to stay. Of course he is. He’s one of the best paid players in Scotland and interested parties would be shocked if they knew by how much.

Nobody wants him anyway, which is the harsh truth they struggle to make sense of.

Their fans believe that simply because he’s a Croatian international he’s worth a fortune.

No Celtic fan could believe it when he was named in Dutch international team for that summer’s World Cup. He actually came on as a sub in the final.

Was he worth millions? He made 12 appearances for us that season. I think that should tell you everything you need to know.

The latest bizarre tale to emerge is the one that came out today, about Leeds wanting Ryan Kent for £10 million. This would give Sevco an alleged £3 million profit in the space of a year. I laughed reading it, mostly at the notion Kent is worth an eight figure sum.

I know for sure that there are people at Anfield still laughing at getting £7 million for him.

The season before he went to Ibrox he was on loan at two different clubs; Freiburg in Germany and Bristol City. He played 17 games between them.

His contribution to Sevco last season was less than we got out of any of our regular attacking players.

Mikey Johnston, who got an early injury, finished with better stats, after only 11 league starts and 21 games in total.

That Sevco would be promoting this idea is telling, as are the comments made by Ross McCrorie yesterday on his way out the Ibrox door. Aberdeen will help him better develop as a player? What a vote of confidence that is in Steven Gerrard, folks, and it’s no wonder when you consider the sheer number of players he’s been allowed to buy.

Many of them are the very footballers they are desperate to get shot of.

Tonight, as I wrote this, Greg Doherty has become the latest young Scottish player to leave their club.

He was another young footballer with excellent potential, bought by Graeme Murty before Gerrard took over, and who was then roundly ignored.

His talent has been squandered at Ibrox, and he’s not the only one.

Young players, especially young Scottish players, have no future there under this guy, a youth coach, remember, who has never made a single player better.

They have chained themselves to a chequebook manager with a bigger name than their club, and they persist in this even now, past the point where it’s a sane choice. In order to fund him they need to sell players … but nobody will pay big money for losers, players who have gone backwards under Gerrard, with Morelos the best case in point.

They are in a desperate situation, and there is no pot of gold at the end of the rainbow.