Some Celtic Fans Have A Weird Way Of Choosing Heroes And Villains. 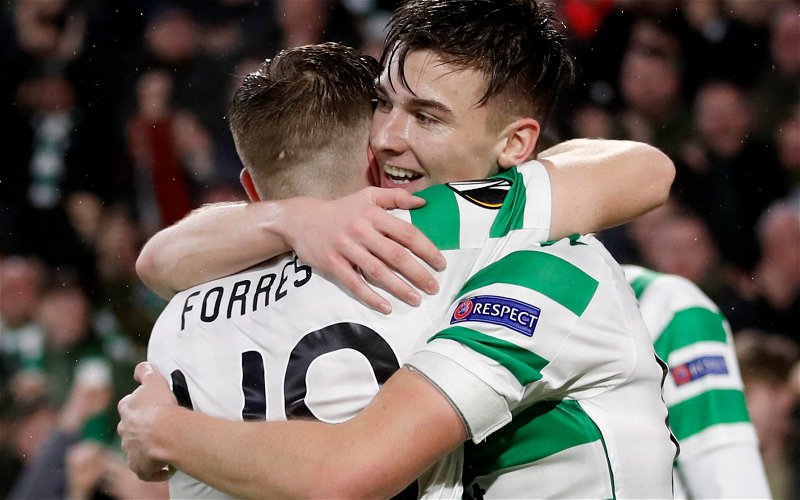 Speaking for myself, I found some parts of his interview interesting and other parts wholly unimpressive.

Knowing what I do – that Tierney would have gone to Everton the season before and had to be talked out of it – I don’t buy that his loyalty was tested because of the size of the club that came in for him. He took a mercenary decision, that’s how I’ve always seen it, and wanted a move to the EPL to better himself as a player and to secure his financial future.

He is a young man who sees football as his chosen profession.

I have never been more impressed by a Scottish player as I was on the day he spelled that out in an interview; that football was his job and that he was focussed on it completely and would eschew all the trappings of a normal 20’s lifestyle to be as good as he could be at it.

I thought “Bravo, that boy will go far.”

I had no problem with Tierney leaving. I urged it in an article that summer, when I said that this was the right time for him and the club to part ways. We had a whole defence to rebuild and I knew that Tierney had itchy feet. It was the right choice.

On top of that, I know that footballers live separate lives from the supporters. Club loyalties only matter to a select few, a handful. They are the rarest players in the game. Others find those loyalties tested or they never had any in the first place.

Look at Scott Allan. Hell, look at Scott Brown and Kenny Dalglish. Boyhood fans of the Ibrox club. Neil McCann jumped the fence the other way and defends Ibrox to the hilt and seems to be possessed of a particular detestation for our club and our support.

But one of us, once. He went to Ibrox for the money and just … stayed.

The fans who subjected Tierney to abuse, well they are goons aren’t they?

But they are a small, tiny, minority who one podcast interview has blown up to gigantic proportions. Our enemies are loving it. Michael Gannon has just published a scattergun article having a go at every fan on social media. This was manna from the heavens for the likes of him.

I’m going to take Gannon apart later on today, by exposing his hypocrisy.

But it brings me to the subject of the article, which is the way our fans view, and reward, loyalty.

Check out the forums today; they are filled to the brim with those defending the good name of Kieran Tierney, and affirming their belief that he is a legend. Their devotion to him is strange to me, but I won’t knock it.

They loved him as a player and still do, but the guy is gone and when a player leaves Celtic Park my attachment to him usually leaves with it.

I don’t obsess over what our players are getting up to. I don’t feel any sense of loyalty to them once they are no longer in the Hoops. I don’t particularly care how they are playing or if they win anything, except in that it’s a good reflection on our club.

I would rather focus my energies and enthusiasms on those who are currently at the club, and that’s why I am so shocked to find some of the same people who are lionising a player who left this club turning on one of those rarest of players, a footballer who is a one club guy, who’s given us the full measure of devotion and ten full years so far.

The abuse this guy gets is easily on a par with the uglier stuff Tierney has had to put up with, except that nobody is calling him a Judas. Because Forrest’s commitment to Celtic cannot be doubted, and so they focus on his ability and no amount of stats and nothing will shift some of them, not even when you remind them that he’s a dozen goals from joining the elite group of footballers who have scored 100 times in the Hooped shirt.

Reading the number of social media posts in the last 24 hours who have lauded Tierney and fought for him against the handful of goons who want to heap abuse on him, I felt a gnawing sense of disappointment that the invective filled threads on Forrest don’t draw the same ire or the same level of backing.

He deserves at least that.

Some of our fans have a strange way of choosing who to honour and who to condemn.

A guy like Forrest, who’s never wavered, who’s given us everything, gets abuse … whilst a guy who headed south has defenders from every section of the fan-base. I wish we gave some of the players who are actually here half the love we give those who’ve gone.

Forrest deserves the status of legend; this is the ten in a row campaign and he’s been here for every single moment of it, wearing the Hoops, playing for Celtic, giving his all.

When he crosses that 100 goal threshold, in this season of all seasons, I hope he gets the credit – at last – from some sections of our support that he has deserved this whole time.