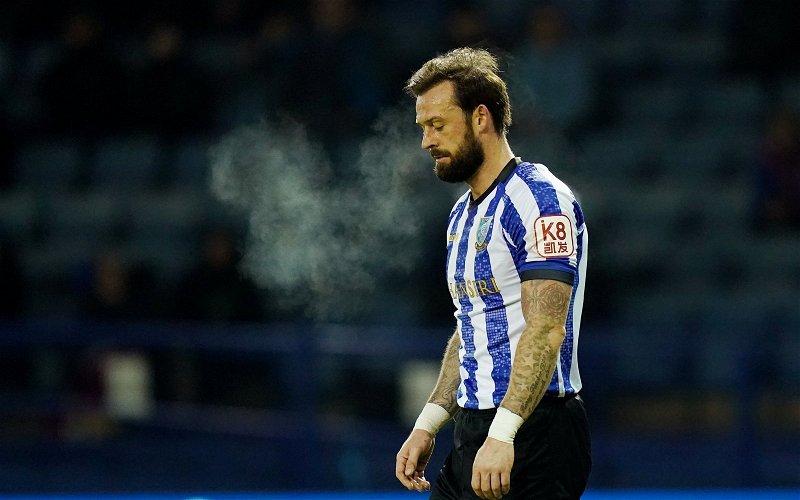 Steven Fletcher signed for Stoke today and almost all of the Celtic supported shrugged and said “So what?”

We needed a striker and yesterday we splashed out £5 million on one. Why in God’s name would we have continued the pursuit of a 33-year-old freebie who’s scoring record isn’t convincing and who has spurned the chance to play for the club before?

Doubtless we did talk to Fletcher, but only in the same way we were talking to Peterborough about Toney and a host of other strikers at a host of other clubs. We were probably talking to Aberdeen about their big Englishman Cosgrove before he got injured.

But Ajeti was the first pick. He was the guy we wanted, having, according to CQN, scouted him two seasons ago whilst he was at Basle. We spent more than we would have had to then, before the EPL started sniffing around, but we’ve got our man. He’s only 24.

From the moment Ajeti was able to settle things with West Ham and the two clubs agreed to the deal, Fletcher would have been an afterthought.

Tonight some of his media pals are whining that he felt like he’d been messed about.

Well you know what? My heart bleeds. He can read the papers like anyone can, and knows what our requirements were.

The story goes that he was offered a one-year deal by Celtic, and held out in the hope that our interests elsewhere didn’t pan out and we were forced to give a two year contract to him.

He knows how this game is played as well as anybody and that he chose tonight before signing for Stoke shows that he was perfectly happy to wait on our club … so the idea that he’s upset with us is frankly of no consequence.

Had he signed the one year contract we might have bided our time and waited until next year to buy the West Ham boy, although that would have been a risk. At the very least, I think we’d have brought Ajeti to Celtic on the one-year loan with the option … and Fletcher could have gotten his wish and we’d still have gotten our man.

But the media likes nothing better than a “Celtic snubbed” story and many friends of the player are happy to give them one, which tells you all you need to know.

This claim that he got tired waiting for us is such revisionist garbage.

The truth was, from the second Ajeti put pen to paper Fletcher was no longer required, and Celtic’s interest in pursuing the matter any further was at an end.

The player knows that and the media knows that. The player probably appreciates it and understands it a lot better than some of his press pals seem to think.

I don’t wish him anything but the best, but I’m glad he’s not at Parkhead.

Footballers have a lot of power these days, and routinely hold clubs to ransom.

Yet they whine like children denied a shot at the chocolate fountain when the clubs explore their own options. They routinely play clubs off against each other for their services, and I reckon that turnabout is fair play. We have been on the other side of it enough times.

Fletcher himself has been playing a variation of this game for weeks.

He made sure the media was wholly aware of the interest from Stoke. This is how football transfers work these days, there’s a lot of stuff goes on which would appear underhanded and even shady to outside observers but is all just part of the business of everyone involved vying for the best deal.

Fletcher got a new club, Celtic got a new player and everyone has come out of this just fine. But the hacks don’t get to write their nonsensical headlines because there’s a difference between offering an opinion and pushing a lie, and we’ll call out the latter all the way.