The Brown Booking Yesterday Was Ridiculous. Andrew Dallas Is A Dreadful Referee. 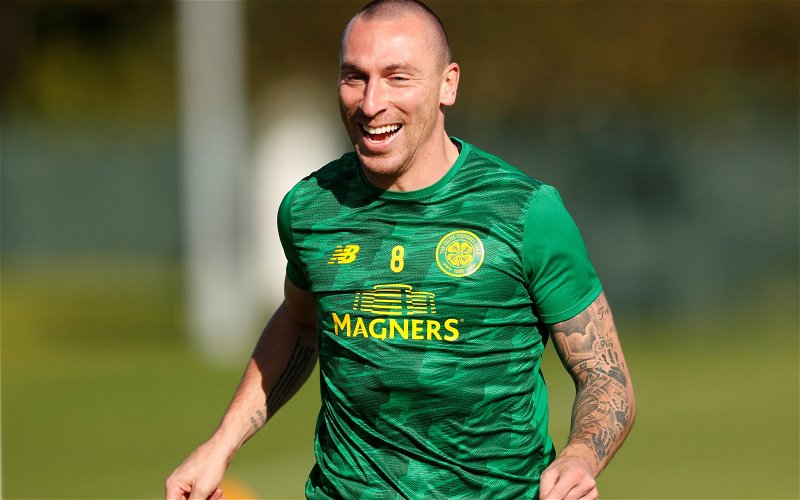 Celtic matches should not be getting refereed by Andrew Dallas.

The name Dallas should be enough to get anyone binned at the SFA.

If they were a serious organisation this clown wouldn’t have a gig.

His father was sacked for being a bigot. The man who broke the story about what he had done was none other than Phil Mac Giolla Bhain.

It would not be fair – not even close – to say Celtic fans cost his dad his job; Hugh Dallas was the author of his own downfall, but it would be fair to say that had it not been for Celtic bloggers he would probably have continued as a Grade One ref for years beyond what he did.

Andrew Dallas is well aware of it.

I hear all the time that our refs have the superhuman ability to put aside personal feelings when they step onto the pitch.

Nobody really believes it. Nobody thinks that being a ref is in any way different from any other job, and we know full well – there are multiple studies which prove this beyond doubt – that people do bring their biases to work with them, and act on them in various ways.

Scottish referees do it all the time.

He booked McGregor for a first offence.

And late in the game, Scott Brown was booked.

Brown had a very disciplined game yesterday. He didn’t make bad challenges. He was controlled and calm at all times.

All the way through the match he was being needled.

He didn’t respond by lashing out. Instead, he made his point at the goal.

And for that, Dallas flashed a yellow. I thought it was a pathetic thing to book our captain for. It was a little moment of bitterness coming through. There was simply no need for that booking; referees have seen, and allowed, far worse.

But this was Dallas and it was Brown and so I guess I shouldn’t really have been surprised at the outcome.

Nothing actually sums up our failure to reform the SFA more than Andrew Dallas running about brandishing cards and wearing a whistle.

This is the ten in a row campaign, and little runts like this can play a critical role in this campaign … and we should be ready for that.