Charlie Nicholas’ Latest “Advice” To Celtic Shows You Why Even Sky Don’t Want Him Anymore. 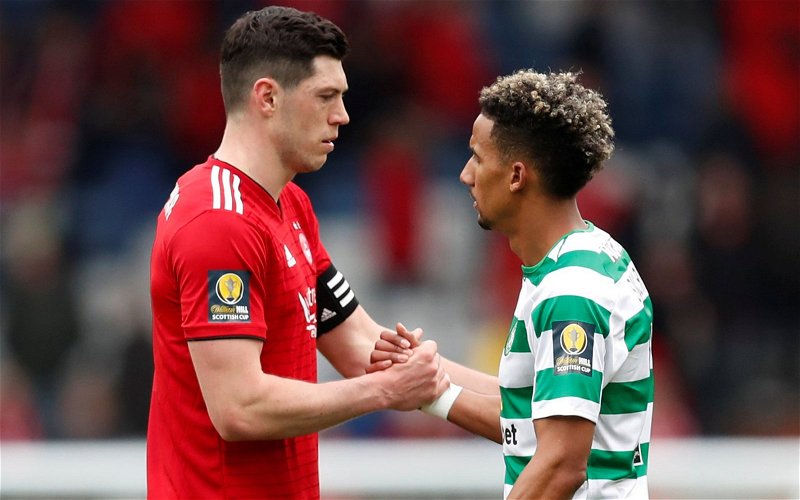 When Charlie Nicholas was told that he was no longer going to be appearing on Sky I bet he was shocked.

But really, that’s lack of self-awareness.

Because Nicholas is stone stupid and one of the worst pundits in the whole of the country.

Not a single Celtic fan I know thinks we’re missing out on anything with his dismissal.

Nicholas is proof positive that the policy of giving ex-footballers jobs in the media because of some special insight they possess is just plain dumb.

The average guy in the pub probably understands the game as well as the average player.

You listen to someone like McCoist, or Andy Walker, and you cannot help but be astounded at the breadth of what they don’t know.

Nicholas always struck me as being particularly ignorant though, and even when he’s “stating the obvious” I often think that what’s coming out of his mouth must be “obvious” only to him because not another living soul thinks it makes a bit of sense.

Today belongs up there with his stupidest contentions, and is a great example of why even Sky Sports, who’s Scottish division is mostly made up of muppets and goons and the truly ignorant, don’t want him around anymore. Because honestly, he has nothing to offer.

Once again, this has been coached as “advice” to Celtic; in fact, it’s criticism.

He thinks we should have paid Aberdeen £3 million upwards (rising to £5 million) for Scott McKenna instead of going out and signing the Premiership footballer and Republic of Ireland captain Shane Duffy, who has already scored two goals for us and hasn’t even fully settled in yet.

How many times have we talked about Scott McKenna here? He’s an SPL player.

I do enjoy seeing Scottish players sign for Celtic, but the more I’ve watched McKenna the surer I am that he’s not Celtic class, and would have given us nothing. He is prone to rookie mistakes. He has temperament issues. He is prone to rashness.

The idea, as Nicholas put it, that Duffy is “not that much better” than McKenna is plainly ridiculous.

It’s one of two things; if Nicholas believes it he’s just proved that he doesn’t know football.

If he doesn’t believe it it’s a pitiful snark at Celtic, one of many, for no reason at all except he can’t help it.

Either way, Sky is right to be shot of him and he won’t be missed.