Sensational Celtic Storm Past County With A Five Star Showing In The SPL. 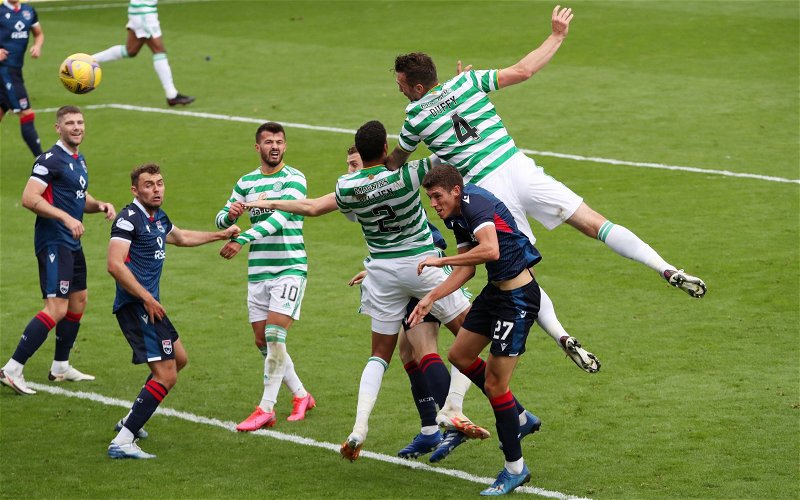 Well that was worth the wait.

This whole campaign, we’ve all been looking forward to seeing two up front and today we got our wish and it was sublime.

The whole team rallied to the cause, and did their bit … but the strikers.

Well, that was a big special from them.

Each of them got on the scoresheet, and we’ll talk about all of them individually, but first will be Ajeti.

He has barely featured. The numbers of minutes he’s played is tiny. Yet this guy has three goals already.

He looks like a proper penalty box predator; it’s really something to see, us having a guy like this in the team again, a poacher, who’s whole game is about goals.

The comparisons with Gary Hooper don’t sound nearly so daft as they once did.

Celtic came out of the traps looking for a big win today, and it was obvious from the first minute that we were going to try and bury Ross County in a big way. Eddie got the penalty, but his overall contribution to the game was massive. If he’s not top scorer this season it’ll only be because his Swedish buddy gets there ahead of him.

Klimala is going to be up there as well, of course … he too looks a natural striker at the moment. He scored one and was very unlucky not to get another. It’s been a while since we had three players up front who all look as if they are in the mood and will get you goals.

Kris Ajer got one, after some nice football, and a good exchange of passes.

Of course, I’ve saved the best until last, and I know we were all super thrilled when Shane Duffy got his first goal for the club. I said that this guy was going to be a formidable weapon at both ends of the park, and on his debut he’s scored his first goal.

That was a really good day at the office, the kind of victory we’d all been hoping for before the match kicked off. A rampant Celtic team, playing an all-attacking formation, destroying the opposition and sending out a clear message to the rest.

We want this title, and anyone who’s going to get it from us will need to pry it out of our cold dead hands.

On that kind of form, we’ll take anyone.