The Ross County Manager Is Talking Nonsense Over Celtic’s Win, And The Media Is Letting Him. 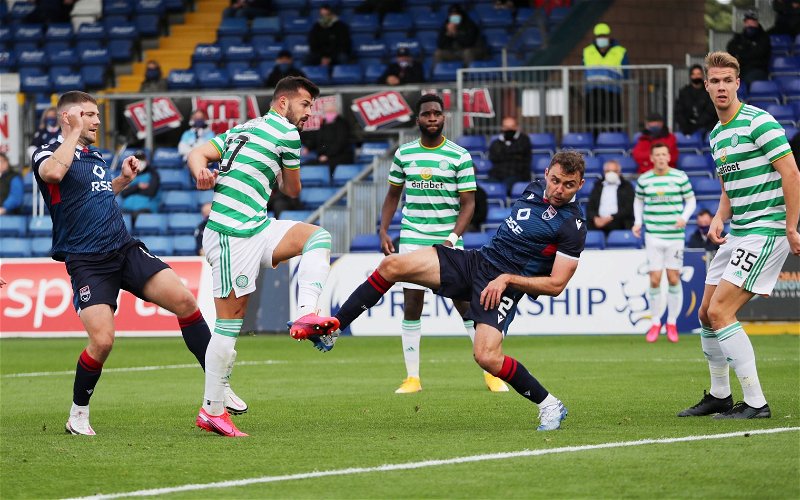 Stuart Kettlewell didn’t half talk some crap on the radio at the weekend when he was interviewed following our rout up at Ross County.

What’s amazing to me is how many in the media echoed his thoughts and even amplified them.

It was BBC Radio Scotland who were the worst; they were actually talking about how unlucky his team was, and the first question he was asked – and I listened to this, incredulously – was whether he thought his team deserved something from the match.

A neutral, switching that on at that moment, would have been forgiven for believing we’d nicked a late goal or won a close contest.

They would have been baffled upon hearing that, in fact, the result was a comprehensive away win by five clear goals.

I honestly couldn’t believe the narrative these people were trying to push.

Ross County made chances, but excuse me for believing that a team playing at home and who were a goal down within minutes of the opening, were in a position where they had to venture up the park from time to time. When we score early against any club they are in danger of having the roof come in.

They are forced to attack, and leave themselves exposed.

That’s exactly what happened at the weekend.

There is an obvious dishonesty in trying to pretend that a side who lost a match by five clear goals deserved something from the game. If a certain other club had won by that score-line, in identical circumstances, you would have heard no end of commentary about fantastic they were and how they’d laid down a marker … but we get this.

There were moments when our defence looked a little shaky … but this is why you buy a good keeper, and he shut his critics up with a fine performance.

We made more chances. We took our chances. We scored five times. We dominated possession.

Where were they “unlucky”?

Did we score five on the break? No, we didn’t, we were much the better team.

Was there a point where they were in command of the match? No, because we scored early and at from that point we were in control.

I’m really not impressed by the hacks pushing this kind of drivel. I don’t think any of them actually believe that Ross County deserved anything, so it’s not much more than yet another cheap snark at our club, after a big win and a good weekend.