Who Signs The Players At Celtic? Here’s Why It Doesn’t Really Matter. 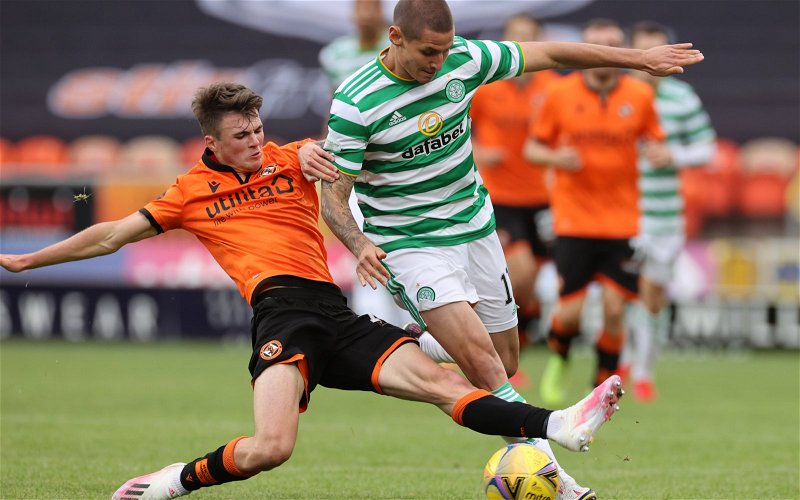 This time last week I think we were all still kind of in shell-shock over the performance the night before, and nobody was feeling particularly analytic. In the aftermath of that shocking result discussions have been had in every corner of Celtic cyberspace about the tactics, the manager and the strategy itself. A lot of them come down to one question; who buys the players?

Or rather, that’s a rather poor way of asking a better question.

Who has the final sanction on the signings?

This one generates an awful lot of heat and an awful lot of controversy, yet to me this could not possibly be less important a question. Whatever the process, no player is signed by our club without everyone “in the loop” being aware of how it’s done.

If you look at the Celtic squad and wonder how many of the players were signed by the manager, then you aren’t asking the right question. Because if he isn’t picking the signings, if he isn’t the guy who sets the strategy, then his being in the job suggests that he is perfectly willing to allow someone else at the club to do so, and that’s where the real issue is.

There is clearly a problem with the way we do transfer business in certain respects. Too many “project” players arrive here and never go anywhere … but there are other issues too and we need to be honest about them and address them if we’re going to progress.

Let’s get something out of the way immediately. If you look at the buys we’ve made who have flopped in the last couple of years you could, if you were minded to, point to failures. Players not good enough, signed on the basis of potential rather than actual talent.

But the big ticket players who’ve disappointed us aren’t what they seem. Take Eboue, for example. He was able to land a move to Belgium and we actually got money for him. Was Eboue a total flop? In the context of his time at Celtic yes, but that he was so easily able to move to a better standard of league than this only confirms what I’d long suspected.

That Kouassi Eboue would have walked into any other team in Scotland.

So when we talk about him “flopping” we mean only in the context of being unable to get into our midfield ahead of the likes of McGregor, Armstrong, Brown, Christie, Ntcham and Bitton. Soro has the same problem; it doesn’t mean he’s a bad player, just that we an awful lot of talent in front of him. You have to be exceptional to get ahead of these guys, and when you consider that this is the midfield that won the Treble Treble it’s hard to conclude we got it wrong.

The same applies to Shved and Bayo. I am not surprised to see Bayo scoring on his debut in France. He will score goals, he arrived at Parkhead having scored goals. The number of people pig ignorant about football who’ve dismissed this guy as a dud because he couldn’t get into our team ahead of Odsonne Edouard makes your head swim.

Odsonne Edouard is a £35 million player.

And you know what? We might not be talking about him in that bracket had Dembele still been at the club, because in a one man up front system he’d have been the manager’s first choice and Eddie would have been on the bench.

Bayo and Shved would have gotten into any other team in Scotland as well, and comfortably. This is one of the reasons I hoped Bayo would go on loan to another club in our league; he’d have proved himself more than capable.

Look at Bolingoli. He cost us £3 million, and although people had doubts about his defensive skills there is no question that he would gotten into the starting eleven of every side except maybe the one at Ibrox, and he’d certainly have enhanced their squad.

As I said in an earlier piece, his Celtic career isn’t done because he didn’t have something to offer on the pitch, it’s done because he blew it, big time, off the field.

Don’t rule out either of those guys coming back either. Christie went out on loan. Ajer went out on loan. When we signed Wanyama he was supposed to go out on loan, but he battered his way into the first team squad and stayed there. It’s not a death sentence.

These guys all had talent. They were all extensively scouted. It’s another area where people don’t have a fundamental understanding of how this stuff works.

People talk about the famous “lists” of players the manager and the scouting team put together, and which they then pass on to the money men.

There is a perception that Lawwell works his way down the list and that the options get cheaper the lower he goes … but again, these are shortlists, drawn up from much longer ones … there should not be a single player, even at the lowest level, on those lists who isn’t good enough to play for the club.

Even the cheapest option on it should be able to get in this team … or what was the point in putting them on a shortlist in the first place?

The player who stands out most is Shved. He is a mystery because he seems to have been a player the manager genuinely didn’t want, but you have to remember that our board knew Rodgers already had one foot out the door at the time. I still think it’s a ridiculous thing to do – signing a player the manager doesn’t want and hasn’t approved – but they probably didn’t care much what Rodgers thought at that point, knowing he was going.

Let’s face it, nothing about our transfer policy made the least bit of sense that year. Take the signing of Mulumba, which was scandalous. He was signed, in a panic, because John McGinn went to Villa. He had been out of contract and available on a free for months. It was a shocking signing and the one which revealed a total lack of strategic planning.

This is why nobody mourned when Rodgers’ pal Lee Congerton left the club; you got the impression that he had presided over a complete shambles in terms of our targeting. Mulumba shouldn’t have been near our shortlist, and so going to sign him was a sterling example of a club that did not have a Plan B. Nothing about that transfer window worked.

Are we in a better place right now? I actually think so, except that Lawwell’s dithering meant that we brought in Lennon’s players too slowly. But it seems clear to me that the manager is getting backed by the board in the ways that matter … and there’s little question that he picked the players last summer and has a major role in picking them now.

Duffy is a Lennon signing beyond all shadow of a doubt; he told the board towards the end of last season that he wanted a big central defender who could bully forwards and who was a powerhouse in the air. He is obviously a big fan of Ajeti.

Only Klimala and Soro don’t appear to tick the box. Only they come across as project footballers, and that’s not to say that Lennon didn’t sign them, only that he’s not totally convinced that they’re up to snuff yet. For all the talk that Klimala hasn’t had a chance, he’s already been an important part of the first team squad this season … it’s Soro who worries me.

Lennon can’t say enough times that he believes Klimala will be an important player for us, and the argument over whether he’s match fit, or should be, is irrelevant to the fact that the manager thinks he has the talent to be a success. The number of people in the media who have written him off and therefore believe the Celtic manager has, well it’s embarrassing.

When people ask “is Lennon picking the players?” it seems to me that they are trying to deflect attention from failings the manager has to more general failures at the level of the board. Certain players have signed and haven’t warranted playing; Shved’s attitude was said to be awful. Others need to bulk up a bit. We only signed Klimala and Soro in January last year … sometimes players need time to settle and sometimes they don’t.

Christie and Ajer both needed time, and now they are amongst our top players. Rogic needed time and look what he gave us in the first team.

The question is daft anyway. Lennon either has a say in this or he allows those above him to make these decisions for him, and if that’s the case he’s part of the problem and deserves no sympathy. We ought not to alibi Lennon by allowing him to slide off the hook.

If he accepts players being foisted on him then he deserves the risks that go with it, which is why I’ve never believed it. No manager would put such an important element of his own reputation in someone else’s hands and one who did would be a fool.

There are holes – gaping holes – in how we do recruitment, but they are mostly about how long it takes us to do business.

They have nothing to do with the board going around signing players the manager doesn’t want. We focus at times on short-termism and don’t do enough long-range planning … part of that is our policy of “developing” players for the purposes of selling them on. That creates an inherent – and permanent – instability at the club where you get three years max from a top footballer before you’re looking to move him on. It’s another area where the manager either has a say in the process or is happy to have a major series of decisions taken out of his hands.

Either way, do not think for a minute that we have here a manager chaffing under restrictions.

If they exist, he signed up for them and works under them in full knowledge of what they mean. If some of these guys aren’t good enough then blame Lennon as much as anyone because in one way or another he was involved in their signing.

Our club needs a full-scale strategic review at the end of this season, run by an external organisation with a high reputation, with the ability to turn over every rock and make recommendations to the board, and it shouldn’t be a bean-counters review but one in which football people have their say.

It would be the best money we could spend.

In the meantime, this doesn’t come across like a transfer window where the manager is having others thwart his will.

In fact, he’s being backed and nobody can deny it.

It’s entirely down to Neil Lennon that we are out of the Champions League and all this debate over the signing policies shouldn’t detract from that.

He had the tools to get us past the Hungarians.

Nobody else should be held accountable for that failure.