Are We About To Complete The Signing Of A Top Quality Left-Back After All? 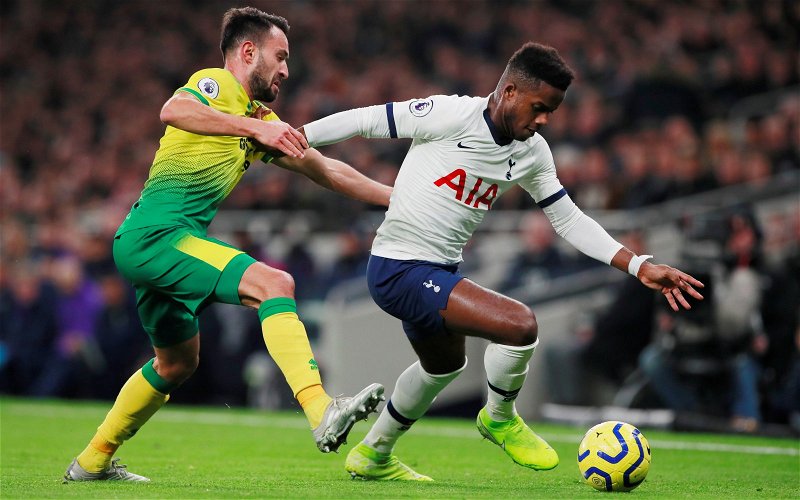 They suggest that a deal with him and Spurs might be imminent.

This would be a loan, of course; there’s no way we’d be buying this guy.

But if it’s true it would be one of the most exciting signings in a while.

Sessegnon is better than we could have hoped for at left back. He’s a superb footballer, and well capable both in a defensive and an attacking role. With him on one side and Frimpong on the other we would be lethal on both left and right.

Now Spurs are said to be asking stupid money – the kind that they certainly won’t get – but they will come down from that lofty, and insane, perch well before deadline day comes. Celtic also have an alternative plan – with Hadjuk Split’s David Colina the rumoured name – in keeping with how we’ve done our business throughout this window so far.

Sessegnon is exciting though, a lay-down-a-marker style name, a guy with a top pedigree, but another of those players who needs a season away from his current club to rebuild his confidence and become again the player they paid all that money for.

In his case, it was a £25 million fee … Kieran Tierney style money.

Reports from England today suggest that Sessegnon wants the move to Celtic Park; that would be amazing. It’s certainly more than likely that he’d have to take a momentous wage cut to do it. But that he is pushing for the move is good news, if it’s true.

Colina is a good player as well; he joined Split from Monaco not that long ago, but has already proved himself to be a top operator.

Reports that we’ve actually submitted a £3 million bid for him might well have been taken with a pinch of salt at another time, but Sessegnon would cost us at least half that in a loan fee … so maybe a permanent move makes more sense.

This is the last little spell in the window.

By next Monday we’re going to know all the things we need to know, and the full picture will be clear.

But we’ve reiterated our intention of keeping the squad together, and that’s a very big deal.

With more addition, this will probably look like one of the best windows in the ten in a row campaign, and this in spite of the global pandemic.

If it all comes around, everyone involved will deserve an immense amount of credit, from the boardroom down.

The Rumour Guy is a Celtic blogger who lives his life on the run … allegedly.