Celtic Does Not Face A Contract Dilemma Over Ryan Christie. It’s Obvious What We Should Do. 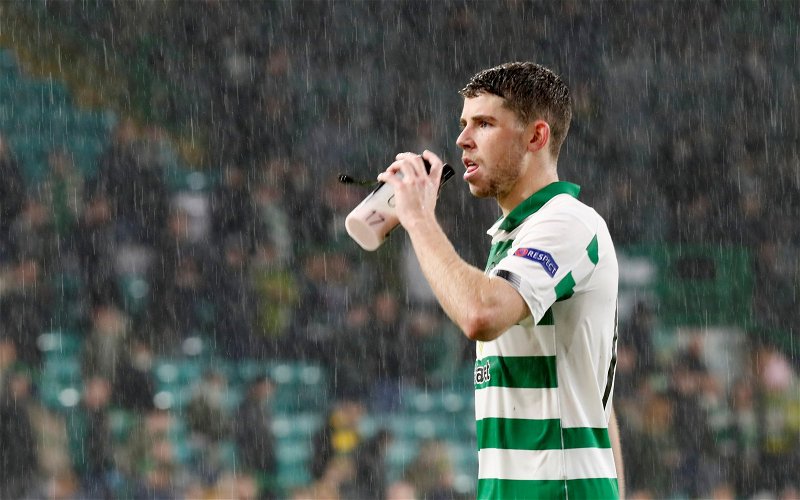 So Ryan Christie has been offered a new Celtic deal but is in no hurry to sign it.

He says he didn’t think this summer was the right time to do so.

I read that with amusement this morning. He also said that he finds it amazing that so many people start to flap these days when a player enters the last two years of his contract and points out that he had only four months left on his Celtic deal last time, and signed a new one.

There are two ways to read this; either Ryan is being sincere and he’s considering the new deal but just thinks this isn’t the right moment to sign it – turning down more money in the process – or he has looked at the offer and decided to turn it down.

I especially liked his point about the way people react now when a footballer is in the last two years of his deal; that’s a consequence of us all recognising the mammoth role that greed plays in the game now, and the recognition that clubs have to protect themselves from those players whose primary interest is in getting as much money as they can.

Christie pretends not to understand this; I fear the worst here.

One of Billy Joel’s great, unrecognised classics is a song from his album Piano Man called Worst Comes To Worst.

In that song, Billy considers a whole series of potential mishaps and reversals and shrugs them all off. “Worst comes to worst,” he sings, “I’ll get along. I don’t know how, but sometimes I can be strong.” Which is a pretty nice way to look at life.

Celtic is a little like that; our club isn’t some fragile flower which comes apart at the first gust of wind. We endure. We survive hardships and changes and negative circumstances and so I never really believe that anythin can harm us in the long term.

Ryan Christie will either sign a new deal in the next six months or he won’t.

If he doesn’t he’ll be sold next summer. It’s that simple. Celtic will survive the outcome either way.

If Christie really is one of the players who thinks that there’s greener grass in the lower reaches of the EPL then I daresay he’s free to pursue that option … clubs like Newcastle will be happy to put it on the table for him. But Newcastle and the like are as good as it gets.

On his day, Ryan Christie is an exceptional player. Those days aren’t as frequent as they once were, and several times this season I’ve expressed my frustration at his tendency to hold onto the ball a second longer than he should when there are other options available, and the way he shoots at the merest sight of goal.

I don’t know how he gets away with that in a Celtic strip without Scott Brown or someone else calling him out on it; he will certainly not get away with it in an EPL team filled with overpriced mercenaries. Christie isn’t as good a player as he thinks he is, as he’ll discover when he looks down the list of the kind of clubs who would come calling for him.

This is not someone who’ll be courted by Arsenal or one of the other big guns.

I don’t like to use this kind of chat on this site, but there are times when it’s necessary and this is one of them; any offer Christie is likely to get will be from a lesser club than Celtic.

Oh they may be able to pay him more – unless haha the EPL TV bubble bursts – but that’s not the same thing. He can talk about testing himself at a higher level if he wants – a lot of them do that – but what if you do and you find you can’t hack it?

A big contract will offer some solace.

Celtic’s solace will come from netting a big transfer fee, and knowing that if David Turnbull lives up to his potential than he can slot into the Christie role and make it his own, letting us invest the money we get in other areas of the team.

Worst comes to worst, we’ll get along.

Whatever some in the media might reckon, we’re not facing some big dilemma here; for Celtic the choice will be no choice at all. We’ve made him an offer and the rest is in his hands. If he wants to sign it then great. If he doesn’t he’ll be sold next summer.

That’s the situation. We understand it well enough. The ball is in his court, for now, but it’s not for nothing we’re offering the deal now, here, and not in six months.

Because in six months it will have expired and we’ll need to look after ourselves.

He knows that too.