Celtic Sign Diego Laxalt. He Could Face Milan And We May Have An Option To Buy. 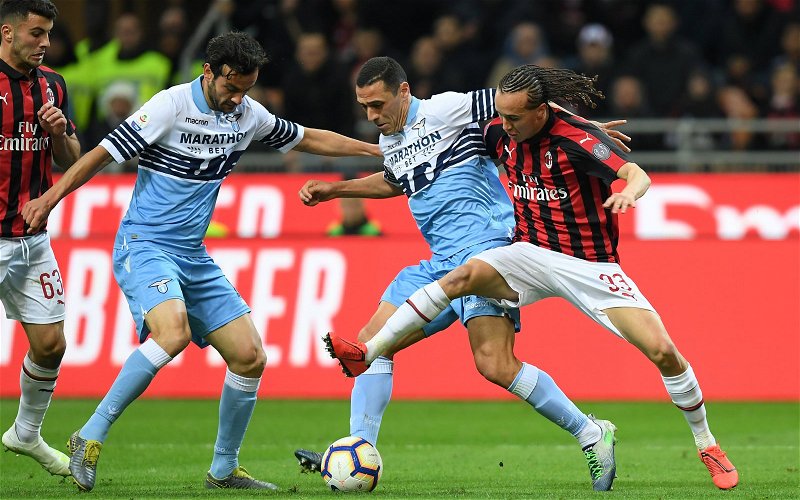 Celtic just closed their last incoming deal of the transfer window tonight, and it’s a beauty.

We have completed the on-loan signing of AC Milan left back Diego Laxalt, a Uraguayan international with plenty of experience at the highest levels of football.

Better than just the loan deal, early reports suggest that Celtic have an option to buy although the price might be enough to give Uncle Peter a nosebleed.

As if all this wasn’t impressive enough, reports from Italy suggest that we’ve also managed to secure an agreement wherexby he will be eligible to play for us against Milan in the Europa League Groups … which, if true, is a fantastic bit of news and an all-round excellent piece of business by everyone at the club.

This wraps up our important transfer business for the day, with no further players reported to be on their way in and no key players heading for the exit door.

If someone had said at the start of the window that we’d buy a £6 million keeper, a £5 million striker, snap up Turnbull, bring back Elyounoussi, secure Shane Duffy for a year, bring in this guy and without a single player from the first team squad heading out the door, I’d not have believed it.

I will do a proper round up on the business tomorrow, an overview of where I think it leaves us, and it will be more upbeat than my traditional transfer window articles.

For now I want to congratulate all at Celtic Park for the work they’ve done in this one, under enormous pressure and with financial issues in the background.

There is no doubt whatsoever that they have supported the manager as much as the club was able to in this window.

It is an outstanding effort from all concerned.

Welcome to the club, Diego. You might not get a chance to play in front of the best fans in the world as this campaign goes on, but you will understand long before it ends what this club is all about, and hopefully that will give you an incentive to stay.