Celtic’s History Maker And Record Breaker Departs The Club. What Went Wrong For Him At Parkhead? 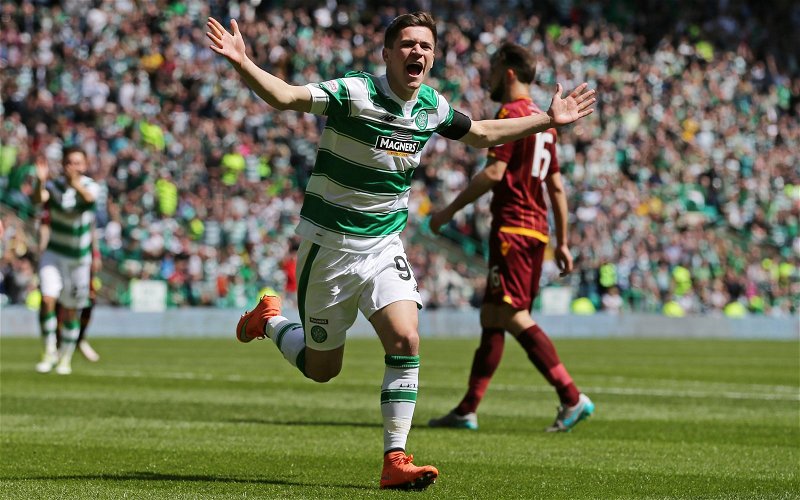 Another Celtic youth prospect departed the club tonight; Jack Aitchison signed for Barnsley. He is just 20. He leaves having scored one goal for the club.

In doing so, he became the youngest player ever to do so in the clubs history.

It is a record that will, in all likelihood, last for years to come.

So what exactly went wrong with this boy? He scored that goal on his professional debut for the club, and at that moment he seemed to have it all out in front of him.

Might Aitchison have seen more games had Ronny stayed? Perhaps, but Brendan Rodgers came next and he didn’t have time to put a youth prospect like Aitchison through his paces. He had his own ideas about who was good enough and who wasn’t.

It was there that things started to go wrong for Aitchison.

For almost two full years he barely kicked a ball in anger.

The closing down of the Reserve League had a heavy impact on him. By the time he went on loan at Dumbarton he had been absent from the first team periphery for three years … had he been playing more regularly it might have been a different story.

But the opportunity that loan deal afforded him wasn’t seized.

He played for them only four times and never scored a goal.

He was loaned out to Alloa in the same season; he played eleven times for them and only scored once.

Did those missing years hinder his development?

Whether they did or didn’t is largely a moot point now, unfortunately.

He never showed any sign that he was good enough to return to the club and play first team football. He spent last season on loan at Forest Green Rovers, in EFL League Two. He was a regular there, playing thirty times … but he scored only a modest six goals, not the return you would hope for.

I look at Aitchison and I see vindication for the articles I’ve written about our youth exodus; all these guys are right now is potential, and you need to be built of very strong stuff to make it. Football is a cut-throat business.

Those big rewards only accrue to those with the mental fortitude to push through all kinds of pressures and temptations and distractions.

One of the key ingredients is patience.

Those clamouring for first team football right now need to earn it, not presume it.

Only by working hard and justifying their inclusion in the squads and then in the team will get them the recognition they crave. I have no doubt that there are plenty of our kids with the application, and others who have the talent … but you need the right balance of both if you are going to successful at a club this size.

I don’t know where Aitchison came up short; you could, if you were being generous, presume that he was a victim of mere bad luck. He was on the cusp a proper first team slot when we changed the man in the dugout … but from that point on, he needed to grab the chances that came along and he had to stand out in a way that made him indispensable.

And for all the skills he possessed he never did that.

The leap from being a star in the youth team – and he must have been very, very good – to playing at the senior level can be underestimated; it is a vast jump in quality and expectation and pressure.

Only a handful are built for it, which is why we don’t produce a Kieran Tierney every year, and why when we do those players create such a bond with the fans.

Obviously, we all wish Jack Aitchison the best, as we do with all our departed youths.