The Allan Campbell Rumour Finally Surfaces … This Would Not Be Bad Business For Celtic. 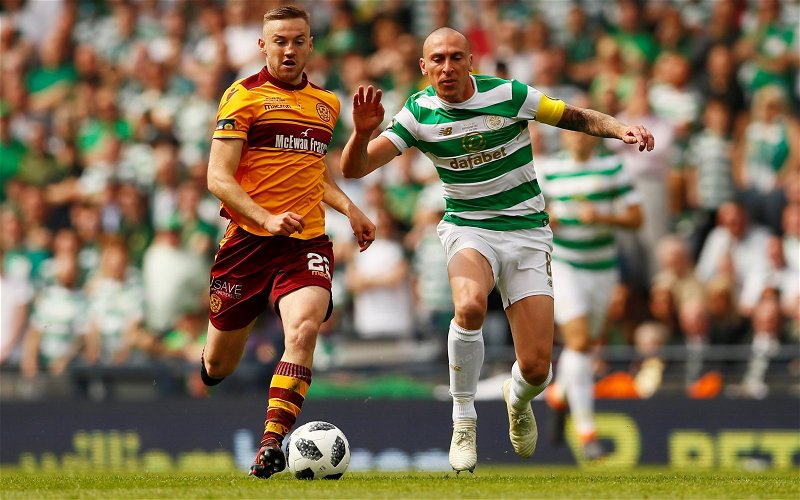 So today, the Allan Campbell transfer rumour finally popped up on the radar.

I doubt it will be for this window, but look for January and the rebuild for next season. Of all the players currently plying their trade in the country, Campbell is the best long-term prospect now that we’ve got Turnbull and with Scott McKenna having moved to England.

I’d sign Martin Boyle, as everyone knows, but he’s 27 and not a long term development option.

That’s where Campbell would be a very interesting choice.

McKenna was one of those players who seemed to get less impressive the more I watched him but Campbell is on the opposite end of the scale. He’s 22, he’s a defensive midfielder, he was the second engine of the Motherwell side which finished third in the last campaign.

Campbell is an excellent player, with a big future ahead of him.

The reports suggest that he would cost us £200,000 … if he’s available for that I frankly don’t know why we’re messing about and waiting until someone else expresses an interest and we have to pay four times as much.

I take that reported fee with a grain of salt to be honest; I don’t buy it for a minute.

The genesis of this report seems to be comments from an Evening Times journalist who says that Celtic’s Nick Hammond has been back at Fir Park looking at the player.

Now, it’s possible, since their last opponent was Sevco, that he’s watching them instead … or maybe the standard of refereeing to see if that poses a bigger threat … but I’m inclined to think it was what the journalist claims; a scouting trip to present Lennon with options for a future transfer window, and I would presume it would be the next one.

I write that because I don’t imagine we’re daft enough to leave anything to chance; if Campbell is on our list we’d want him in January rather than give him a full season to draw the attentions of clubs down south. January is only a few months away … it will give us time to give him a full evaluation prior to the making of any move, but in a narrow enough window that we don’t let others get in first or allow his valuation to rise too much as a result.

I am always encouraged to see us interested in young footballers, especially those who hail from this country.

Celtic must always have a strong Scottish core, and with our membership of the EU and all the attendant benefits almost at an end and real uncertainty about how that will affect the game, it is ever more important that we keep our eyes fixed close to home.