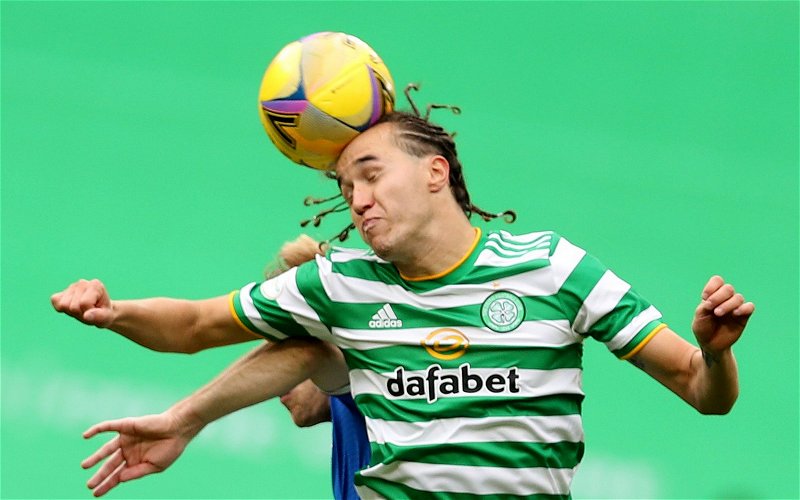 The Evening Times has today scraped the bottom of the barrel with a quite pathetic attack on yesterday’s debutant Diego Laxalt. Headlined “Celtic fans urge Boli Bolingoli to return to Parkhead following Diego Laxalt’s display against Rangers” it is one of those stories where you read even the headline and wonder, “Does that even count as journalism?”

And of course, the answer is no because this is spiteful, sensationalist, clickbait with an underlying purpose; to wreck the Celtic fans confidence in this guy before he’s even made two appearances in the team.

It is an undisguised attack piece.

It is disreputable gutter-sniping of the sort that disgraces a once proud paper.

The article itself is the kind you find on some of the blogs; a half dozen tweets and online comments which the writer of this pathetic piece has somehow twisted into a representation of the whole Celtic support.

It is dire stuff, but exactly the sort of thing I expected in the aftermath of a defeat to the Ibrox outfit.

Everyone will take his or her shot this coming week.

Every nobody who ever wanted to be a somebody, every fifth rate celebrity or clapped out hack or footballer down on his luck who fancies seeing his name in a headline will go for it, and to a certain extent we deserve that …

But Diego Laxalt has been at Celtic Park for five minutes, he made his debut yesterday without properly getting to know his team-mates, he played in an unfamiliar position in a high pressure match … for a media outlet to launch such a specific attack on his performance is beyond the pale and quite scandalous if you ask me. It’s also gutless.

The hack in question – Aidan Smith; you can find him on Twitter at @SmithAidan1 – doubtless feels pleased with himself for his article, which must have took him all of five minutes to put together. If that represents part of his daily output his bosses are getting a raw deal and no mistake.

When a lot of journalists fear for their jobs this ought to count as stealing a wage.

Because when you think about the number of issues which that game throws up, the number of debates it will spark, the implications of it and even the incidents in it which are worthy of a story, this is the best he could come up with; cutting and pasting a handful of tweets.

Did they teach him that in “journalism school”?

His teachers must be proud, but if I were his bosses at The Times and The Herald I’d ask for my money back.