An Ibrox Fan Site Has Offered Up A Delusion Which No Celtic Site Would Indulge. 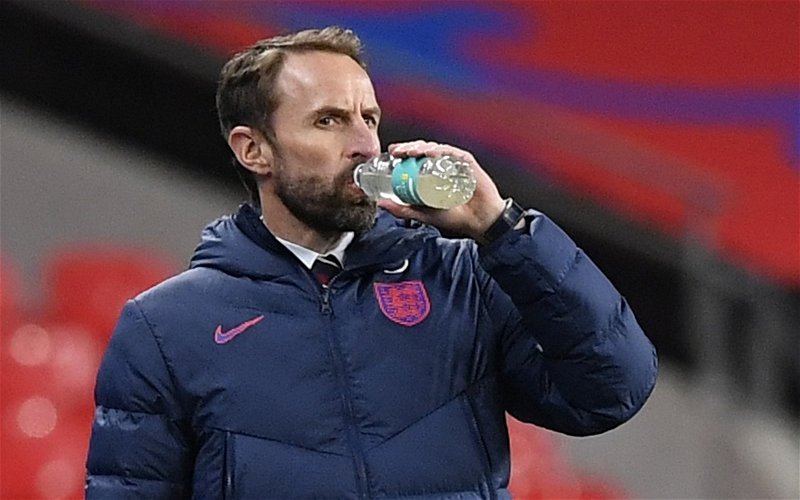 Oh man, it’s been a long time since we dipped a toe into the murky waters of the Ibrox fan sites, but it is never less than a treat when we do. This is actually one of a pair of articles I’ve written today on their fan writers but the other one will keep until tomorrow.

This one made me laugh, I have to be honest.

As Celtic fans, we don’t kid ourselves on that Edouard will ever play for France whilst he’s here in Scotland.

He’s not tested against the right calibre of player every week to justify that, no matter how many goals he scores here. If he was playing in the Champions League and doing it for us there there’d be a better argument to be made … but it won’t stand up in the SPL.

Tonight, just marvel at Ibrox blogger James Black’s assertion that it is only “snobbery” from England’s Gareth Southgate which is keeping James Tavernier and Connor Goldson from wearing the white shirt with the Three Lions on it.

Cause it can’t be that they are actually sub-par players, can it?

Fraser Forster is the best goalkeeper to play up here in eons; he was never going to play for England whilst going up against the likes of Stevie May every week. We know this. We never disputed it. The reasons are nothing to do with snobbery; this is the real world.

Black is actually a fairly switched on guy. I follow a lot of his posts, and when the Ibrox fan-base was fuming over the way the season ended last year he was one of the very few who was calling out his fellow fans on it because – oh the irony – they were deluding themselves.

Well to think that Goldson and Tavernier are international class players ahead of some of the talent down south in the EPL … I don’t know what else you would call that.

There is something going on over there right now which was all very predictable; they’ve had a good start to the season and are getting carried away with it. You’ve seen examples of this over the past couple of years whenever things have been going okay … the whole Morelos for Colombia thing was based around the same ludicrous arrogance.

The truth is that Gerrard is not a great manager, but he knows how to organise a team well. In that way he’s a little like Steve Clarke, although Clarke is clearly a superior boss because he manages it with limited resources.

The Ibrox club has done well in Europe; it’s inconceivable that they would have been beaten by some of the dreck that’s beaten us lately … but that’s down them having a good defensive structure and a counter attacking game capable of surprising teams.

But there are only a handful of good individual footballers in that squad … we have vastly superior resources in every department, except on the coaching side, and it pains me to write that.

I have always believed that Connor Goldson has no positional sense and is a bomb-scare and that nobody would think anything of Tavernier if he couldn’t deliver a dead ball … and if he wasn’t taking penalties for a club that gets more of them than any other.

A few good results and this lot really do think they are world beaters. When you have an often sensible guy like Black letting his imagination run wild with this kind of lunacy … God knows how febrile it is elsewhere on their forums and sites.

Tomorrow, I’ll give you another example … and it’s truly foaming at the mouth.