Andrew Gutman Never Played A Game For Celtic. David Turnbull Is Starting To Know The Feeling. 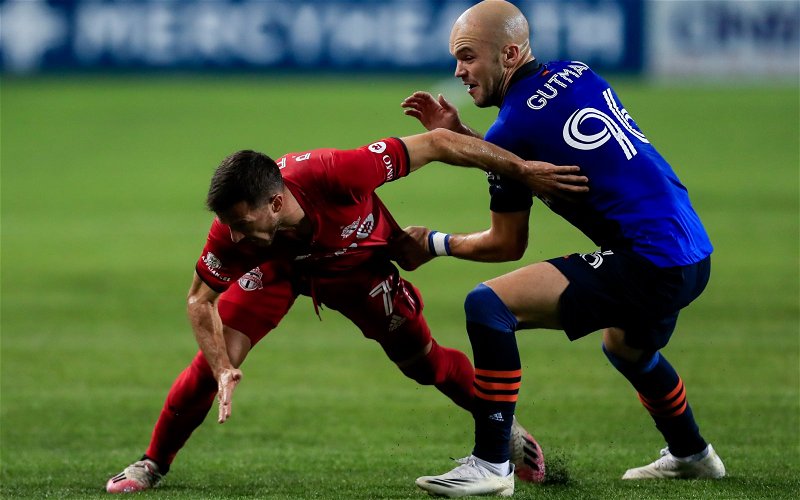 Who is Andrew Gutman? Nobody we’ve ever watched play football.

We signed him as an American youth prospect and he spent most of his time over there, on loan.

Now he’s in talks about making a permanent switch away from us.

Gutman is a symptom of a wider issue.

There have been too many players at Parkhead these last couple of years who were signed for no reason that any of us can understand. These guys might not be earning huge sums of money, but each is a drain on the wage bill. Each represents an investment, and so many, many of them represent a failed one.

You don’t have to look too far to see there have been others. Maryan Shved is Eastern Europe’s Gutman, but the difference is that he cost us £2 million.

You’d have to ask those inside Celtic Park that one; sure as Hell it wasn’t because the boss wanted him.

The manager at the time, Brendan Rodgers of course, famously disavowed that signing with a snark about how we didn’t need another winger.

There are signings of more recent vintage which are just as bizarre and troubling. Ismael Soro is one of them; when are we going to find out if this guy is a footballer or not? Was there any point in signing him just to play a 35-year-old Scott Brown each week, or when we’re running Callum McGregor into the ground with a schedule that would kill a lesser man?

We are not getting value from the transfer market.

We are very good at amassing squads of footballers but we are not proving particularly good at utilising those squads, and this was as true under the previous manager as it is under this one; indeed, the way in which he had players foisted on him who he clearly didn’t want led, in part, to his dissatisfaction.

This drift, this policy, almost cost us the services of Ryan Christie.

We literally did not know what we were doing with that kid at Celtic Park. He had a little over a year left on his contract when he seized a glorious opportunity against Hearts and from that moment on he never looked back … but for injuries and suspensions he might never have been able to.

I think that was pure dumb luck, and nothing more.

Had the chance not come that day I wonder if it would have come at all. A few more months, and I do believe Ryan would have been talking to other clubs about leaving on a pre-contract deal, and what a momentous waste that would have been. We came closer to that outcome than many want to believe.

Ryan Christie was too good to be sitting in the stand every week and he knew that himself. He wanted to play regular football. Until that chance came there was very little to suggest that he was going to be able to do that at Celtic Park.

Gutman was never really going to get a chance at our club. He’s a right back. The year we signed him we also brought in El Ahmed and Frimpong on permanent deals and Mauritz Bauer on loan. What was the point in that? About the same as signing David Turnbull.

The only positive thing, to me, about the Turnbull signing so far is that had we left him at Motherwell he’d have played against us at the weekend. How does it benefit that lad to watch every match from the dugout or the stand at the moment?

Are we going to see anything from him? He is undisputedly talented, good enough that we paid £3 million for him at the second time of asking. But we’re getting nothing from him whilst he cools his heels on the side-lines. It is a waste of talent.

Christie went through this as well before we sent him out on loan … is that what it’s going to take for Turnbull and Soro and the like to get some football? In the meantime, we plod on with an over-reliance on the same players. This system does not work.

I have long argued that we should not concern ourselves over much with the youth exodus from Celtic Park, but I can’t help but think that players coming up through the system must look at guys like Gutman, out on loan, and Turnbull and Soro warming the bench every week and think “if they can’t get game time what the Hell chance do we have?”

Celtic operates, at times, like an imperfect machine. All the bits are where they are supposed to be but something is a little bit off, skewing the mechanism slightly, making it operate at less than its full capacity. Those little errors might not seem like much, but actually they chew up the inner workings and necessitate constant tweaks and repairs.

It’s an expensive business, and extremely wasteful of resources, and sooner or later it’s going to stop any young player wanting to come and play for us at all, and this will be especially true of those born right here in Scotland and who we’re increasingly going to need.

Look at some of the teams who’ve beaten us in Europe over the last couple of years; they might have a fraction of our resources but they do not squander any of them.

Andrew Gutman did not play a single minute for the club, so a lot of people might be thinking “so what?” when they hear he is leaving.

But he is not the problem here, he’s a symptom of this strange way we have of doing things at our club, a system which increasingly does not work.