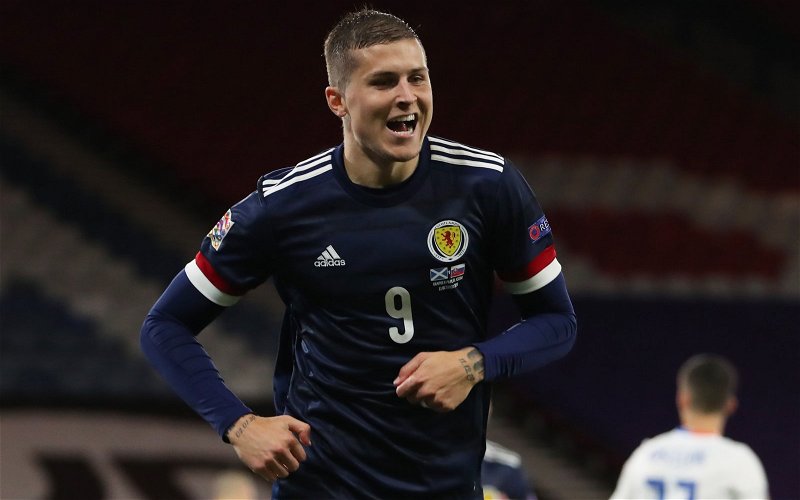 There’s an argument to be made that we should have signed David Marshall this summer.

It’s clear and undeniable that a case could be made for him.

He is a consistent performer, a top keeper, we know he gets the club and everything about it.

In midweek he showed why he’d have been an outstanding purchase, had we decided to go that way. He’s getting on a bit for a footballer (although someone pointed out the other day to me, not for a goalkeeper) but is very capable and we could have depended on him.

The requirement here was simple; we needed someone to fill that slot who was going to be better than Scott Bain and make the number one jersey his own. I can see how David Marshall would have been able to do both of those things.

We don’t know yet if we got the best of the deal, as we took the expensive option for once and sunk £5 million into Barkas.

Time will answer that question, but even if Barkas turns out to be the next Fraser Forster (who had a slow start, which people forget) that won’t negate the fact that, yes, an argument existed for David Marshall as the signing.

Yesterday, on BBC Sport Scotland, Billy Dodds became the latest person to try and second guess Celtic’s transfer strategy and question the wisdom of the manager. This is commonplace now; everybody in the media senses weakness on Celtic right now and a few of them are going to have a shot of playing Monday Morning Quarterback.

But Dodds is a prize prat and his ideas don’t get much beyond the primary school level.

He is amazed that we didn’t go for Lyndon Dykes in the window instead of signing a Swiss international striker. For just a moment, try to imagine the sniggering and general derision we’d have got from the Scottish media had we moved from Toney to Ajeti to Dykes.

Remember; half the press thought that if we signed a striker, that was Eddie out the door.

So imagine now we’d brought Dykes in … and try to guess how the coverage would have skewed.

Lyndon Dykes is a one dimensional player, and he’s perfectly suited to the way Steve Clarke wants Scotland to play. We’re a country with very limited striking options, and one of those is Ollie McBurnie and in those circumstances beggars can’t be choosers.

Yet in a better era, Dykes wouldn’t have got near the Scotland team. He certainly wouldn’t have gotten near the Celtic team, in this era or any other in recent memory. I would have made an argument for Sam Cosgrove, but then he’s a better footballer than Dykes.

Dykes record at Livingston was nowhere near as good as it has been hyped. He got 14 goals for them in 36 games … I’d want a better strike rate than that in this league. Cosgrove has played 60 odd games for Aberdeen but has scored more than 40 times … a vastly better ratio.

Dykes went for a reputed £2 million … a ridiculous fee for a Livingston player with such a poor rate of return. Cosgrove, oddly enough, almost ended up in France after Aberdeen agreed a similar fee for him, which under the circumstances was a steal. He stayed, of course, and then got injured … his Celtic window has passed as well now.

But an argument could have been made for him, and with him in the equation Dodd’s “suggestion” that we were mad not to go for Dykes seems even more ridiculous than it already was, and it was already pretty ridiculous.

All this is to say, of course, that Dodds is really suggesting that we’ve wasted the money we spent on Albian Ajeti, which is a moronic suggestion to make considering that Ajeti has already scored five SPL goals this season … Dykes, last season, scored nine in the course of the campaign. Our boy is already well on the way to smashing that.

There are parts of the media who love this stuff … they love to poke holes in everything Celtic do.

Dodds, who never got to try his hand at being a manager, has often taken shots at people who have made decisions way above any role he had ever had … with judgement like this, those clubs will did briefly consider him for management should be glad they didn’t.