Celtic Cyberspace Should Not Be Indulging The Gutter Conspiracies Of The Far Right. 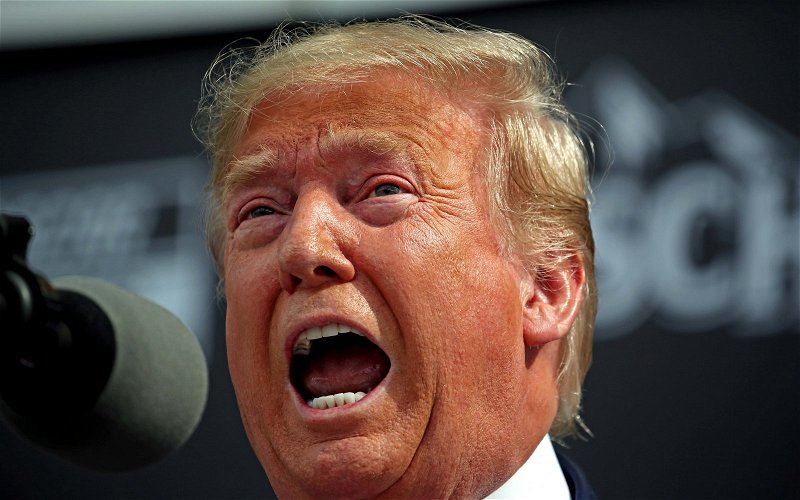 It is the policy of this site never to criticise Celtic sites. We are all part of the same community, and we should be helping each other and promoting each other wherever possible.

But let’s not kid ourselves on here, this is a community with many different strands of opinion.

We will not all always agree. And the blogs themselves write for a wide audience where all manner of different viewpoints exist.

We cannot think that a family this large and diverse does not include a few halfwits. It includes a few and then some.

Still, I was mortified and shocked today when I saw one of our club’s Facebook groups actually promoting a debate on whether Joe Biden, the newly elected American President, who has taken Celtic as his Secret Service codename, a dignified public servant and an inspiration to millions of people, is actually involved in a global child abuse syndicate.

It is a moon howler question which no reasonable person should ask.

I can’t put it any more bluntly than that.

This is a lunatic conspiracy theory of the nuttiest, tinfoil hat wearing kind, the sort that would have made its promotors social pariahs up until a decade ago. It hardly even needs pointing out that it is a baseless slander.

Yet I am astonished how widespread the belief is that there might be something in this story.

Amongst Celtic supporters for God’s sake.

It feels vaguely ridiculous to have to refute such baseless dreck but here goes. For those who want to know where this originates and what it tracks back to, it’s simple. Are you ready for this? It started out as a bad Twitter joke by Donald Trump Jnr.

This started life as a braindead prank from a halfwit who would be just another loudmouth in the pub but for his famous name.

This wasn’t even one of the theories from the swamps of 8chan another tinfoil hat idea not just of the right but of the extreme right, the white hood wearing, cross burning right, which forms part of a wider nexus of lies and slanders which have crept across social media like a virus.

No, this was an imbecile’s idea of a joke, which somehow gained prominence as a serious point and is now buried in the public consciousness of a segment of the population.

Every single one of us has a responsibility to call this stuff out wherever we find it, and it certainly has no place amongst this community.

The subject matter alone should be enough to warn people off believing it; who do you know who spreads this filth all over Scotland at the current time?

Does it feel good to be walking, quite literally, in their shoes?

Because, of course, Biden being an Irish-American and a Catholic has nothing to do with the way this particular rumour has spread across sites in Scotland, right? Of course not. That’s a conspiracy theory in itself, isn’t it? Except, no, it’s really not.

Honest to God, how many brain-cells does it require to stop and think for two seconds about stuff like this?

You could check it out for yourself in under a minute using Google, where even the briefest look will link to dozens of publications from right across the political spectrum calling this stuff out for the gutter-garbage that it is … but there are people, it seems to me, who just want to believe the world is an evil place full of evil people and make up their minds about this stuff based on the most simple-minded and ignorant “understanding” of things.

Honestly, those people are welcome to spread it amongst their friends and on the forums and groups which proliferate to promote hatred and bigotry like this … but the sites and groups and forums of Celtic are not amongst those reservoirs of bile.

It is up to us, to all of us, to make sure they stay that way.

If you see this kind of thing, call it out.

It’s only when folk like us do that this stuff will retreat back to the margins and the fringes it emerged from.