Celtic Have Dodged A Bullet Over The Frimpong Injury. But We Can’t Just Ignore It. 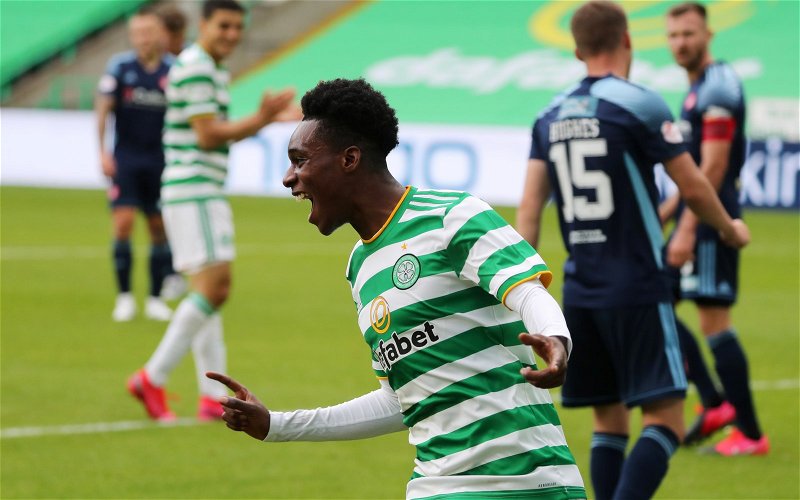 So we got the news we wanted yesterday in relation to Jeremie Frimpong; our right back is not seriously injured.

The international break will give him an opportunity to rest and recuperate, and he should be okay for the coming matches, but still … this one leaves a bad taste in the mouth regardless of whether any real damage has been done.

Later on today I’m going to publish our latest contributor piece, from Auldheid.

His article is on the drastic need for refereeing reform as part of a much wider agenda. He believes, as I do, and as this blog has written about many times, that it’s high-time Celtic were front and centre of efforts to make dramatic, permanent, structural changes in how our game is run.

Most well-known for his work on the Resolution 12 matter, he has actually been at the forefront of a much larger project, in an effort to push our club in the direction of supporting, and then pushing for, the upending of the Hampden system.

As this website wrote some months ago, the Resolution 12 team has a new focus; the Five Way Agreement. Still, these other issues are never far from their minds, and it’s a matter of time before significant questions are asked about them at the AGM.

Over the last couple of days, the Scottish media’s search for someone who can defend Andrew Dallas’ decision not to send Devante Cole off has been farcical in the way Trump Land’s search for crooked election officials has been, and it’s been just as successful.

Nobody believes that was only a yellow card. Nobody. It is a matter of time before even Stephen Robinson admits that he’s watched it again and changed his mind. But because Scottish football treats referees like some protected species we have no explanation from Dallas as to have a vicious, knee high lunge was not deemed a sending off offence.

As a consequence, Andrew Dallas cannot be asked … and because he’s under no pressure to offer an explanation the idea that he will face any internal inquiry over it from his bosses is a non-starter. The way we treat officials in this country is an open invite to corrupt practitioners.

If we aren’t allowed to scrutinise, far less criticise, these people can do as they please.

Remember, it wasn’t that long ago that a SPL referee was caught in a supporter’s bar jollying it up with the Peepul after he’d given a series of bizarre decisions in a match involving us. The Scottish press may not have wanted answers, and the SFA might have hand-waived the whole affair, but our club should have got to the bottom of that and called them all out.

We dodged the bullet here. Jeremie is alright.

The injury didn’t threaten to keep him out for any significant length of time, but amidst all the sighs of relief we better face up to the fact that this could have ended badly for him, because he wasn’t afforded protection on the pitch.

He is one of the most fouled players in the country most weekends, and something of this nature was always coming.

And it is coming again, if not for him then for someone else, unless we start to take this stuff more seriously.

If referees don’t deem a tackle like that, on our stars, as a sending off then it’s open season on all of them and it’s a matter of time before something serious does occur.