Celtic Stands On The Brink Of History And The Media’s Response Is Shameful Disinterest. 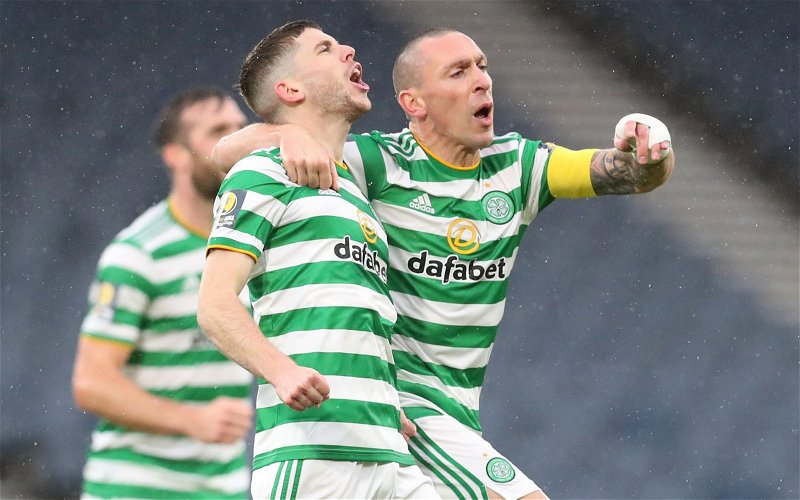 I took some time off over the weekend and as per usual there wasn’t a dull moment whilst I was away. Any time I take some down time there’s an explosion of activity … I’ll cover some of the more ridiculous aspects of it later on in the week.

The most enjoyable aspect of being away from the computer for a while was that I got a chance to watch the team free from all the pressure of having to give an instantaneous opinion on the football itself. That kind of perspective can be handy.

Let’s start with our club being on the brink of history.

There are broadly two types of history in Scottish football.

There is the phoney kind, that which is unimportant, and there is the real kind, where proper records are set to reflect real achievements, and Scottish football has never had an achievement like a Quadruple Treble and nothing like it is ever going to be done again, unless we ourselves beat it this year.

I thought that for the first half especially at the weekend that we were watching the Celtic of old. The performance was that good. We cut through Aberdeen like they weren’t even there. From the moment we got the second I saw no way back for them.

Following on from Milan, what we saw for forty minutes at Pittodrie and the first half performance against Lille, we’re seeing the steady emergence of this team again and at just the right time. The win at the weekend leaves us 90 minutes from a momentous thing … but you would never know that to see the way our Ibrox facing hacks have written it up.

One asked if the achievement was still important.

Another has asked if the Scottish Cup final is more important than the 10 in a row quest.

More than all of that, it’s the total lack of proper coverage of what this achievement would represent; the greatest spell of dominance in the history of Scottish football. You can’t help think if it was being done elsewhere that you’d be hearing that message boomed out loudly, over and over again.

Christ, these same people wet their pants over the Ibrox club going a few games without conceding a goal. They have a stat for every occasion over there, every “record” broken … and yet none of those records has been worth a single trophy.

At Celtic Park we keep on winning in the way that matters; securing the kind of successes that count in the historical sweep, racking up successes like success itself is a naturally occurring phenomenon to us. This team does things no side in the history of the game here has ever done …

Invincible domestic campaign, double trebles, treble trebles and now we stand on the brink of an achievement so vast that nobody in their right mind would even have dared dream of it.

Of course, the media would rather not cover it. They would rather not consider it and all its implications including what happens if we secure ten in a row on top of such a series of other accolades? What does that do to the historical picture?

For one thing, it erases Ibrox’s own nine in a row, secured as it was without the grand trophy grab elsewhere. Let me put it this way; if the Lions had not also won a European Cup would we be talking about this as the greatest run of success in Celtic history?

You know we would be, because domestically at least that’s exactly what it is.

Some folk sneer at the way we’ve gotten to the brink of this one; they reckon the whole idea is devalued by the nature of our league win and the way the SFA has scheduled these Scottish Cup games. And blah blah blah. This is the wailing of the loser, and we should pay it no heed.

These same folk practically stamped their feet and demanded that competitions be played to their close … the pitiful whingeing from some of them last week was highly amusing.

None of it will matter. Whether the media acknowledges the size of this or not, this Celtic side is rewriting the record books and leaving a major imprint in the history ones. The hacks here can try to play it down as much as they like … future generations will be in awe of what this team have done and what they still intend to do.