Celtic’s Scottish Players Are Facing Non-Stop Football For The Next Eighteen Months. 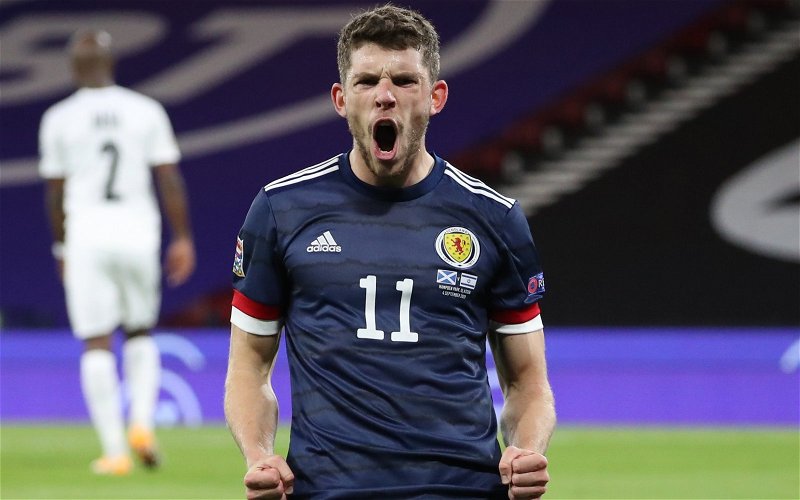 Last night, as everyone will know, Scotland got through to the Euros. As I said in a piece yesterday, I am somewhat ambivalent about that, but I know what it means to our players and so I can sort of understand why they are excited about it.

I will be doing a longer article on that subject later on.

For now, let’s talk about fitness.

One of my biggest concerns when I look at Scotland going through is that you can see a scenario where as many as seven of our players – McGregor, Turnbull, Forrest, Christie, Griffiths, Taylor, Johnson – might be away with the squad, should they get selected.

That concerns me, as it should concern everyone at the club.

I don’t want these guys having to go through the taxing ordeal of playing in a post-season competition; they will be heading out of a momentous, tough, and challenging season into a non-stop summer of football followed by another momentous taxing season.

Any pre-season they get is going to be minimal at best. God forbid we don’t win the ten; then we’ll have to slog through a full series of European qualifiers, the first within a couple of weeks of the Euros coming to an end. It’s a recipe for disaster.

And we don’t need to court disaster any more than we already do.

It’s true to say that footballers have never been fitter, but they’ve never played more football either. A lot of these guys are going to be dead on their feet before this campaign ends; how the Hell are they supposed to be up for the next one?

To get through a schedule like this they’d need to be at their very, very best … and already we can see that they aren’t anywhere near that.

So yeah, I’m a little bit worried after last night. The players themselves, of course, who were in that squad and got that result are bouncing … fair play to them for that. I’ll be writing later on about why we should be happy for them.

In the meantime, it’s clear that one of the things we’re going to have to do is manage this squad better, and with more than just this campaign in mind.

The idea that we could rely on the same small group of players for a season this big was daft in the first place and strategically unsound.

But we need to look beyond this campaign to a certain extent and plan more long term as a result of this … life and football will not just stop if we win this title.

There is next season’s campaign to think about too … and if we don’t players dropping like flies we need to start bedding the fringe footballers into this squad in a meaningful way, so that they can play their full and active role not just this season but in the ones to come.